The Caribbean commits to fuel economy 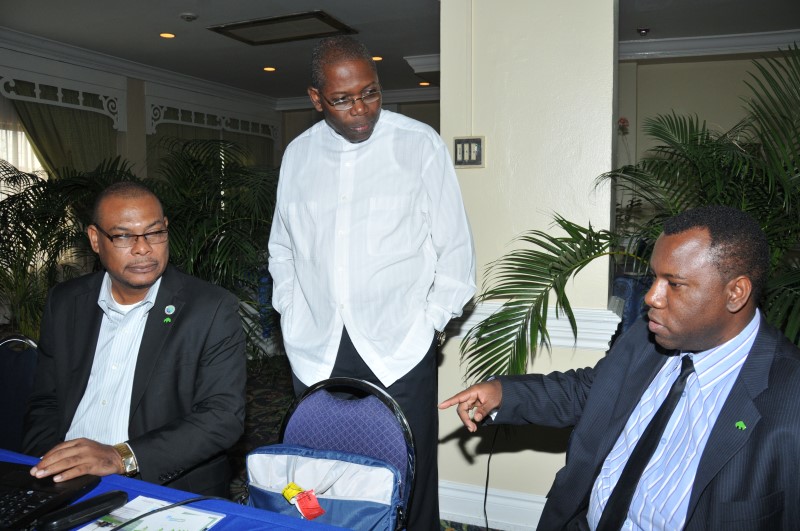 The UNEP, FIA Foundation and CARICOM hosted the Cleaner Fuels and More Efficient Vehicles Conference for the Caribbean conference, 3-4 February 2014 in Kingston Jamaica.

Attendees included representatives of 6 Caribbean countries, the Jamaican Automobile Association, international experts and other local stakeholders, who took part in a lively discussion around the issues of cleaner fuels, cleaner vehicles, and steps needed to reach important targets such as achieving low-sulphur fuels. The meeting resulted in a statement by Caricom regarding findings from the meeting and priority actions going forward, that was supported by the participating country representatives.

The first day focused on cleaner fuels.  Caricom countries have made progress in a number of important respects: lead has been virtually eliminated from the regions gasoline (and has been for over a decade), while sulphur levels in gasoline have been reduced to levels typically below 100 ppm.  Sulphur levels in motor diesel fuel have also been reduced somewhat though the official standards in most countries are at 1000 ppm or above. Only Barbados shows wide availability of ultra-low-sulphur diesel (50 ppm or less).  Actions to encourage uptake of this fuel around Caricom countries was discussed, and in the host country, Jamaica, it was encouraging that ULSD is now available and in demand by drivers of premium vehicles. Strategies for widening the use of ULSD were discussed, such as fuel pricing strategies.

On the second day, the major focus was on improving light-duty vehicle fuel economy. It was noted that nearly all vehicles are imported into Caricom countries, and 2nd hand vehicles typically represent half or more of imports each year. Some Caricom countries have age restrictions on imports, such as Jamaica which limits imports to 5 years old vehicles.  There are fairly high tariffs on imports possibly creating opportunities for differential taxation of vehicles on the basis of emissions.  The importance of data and beginning to track the models of vehicles coming in as a basis for policy were discussed and there was strong interest in steps toward labelling programs. Since most vehicles are imported from Japan it was expected that gaining information for a basic labeling program should not be difficult for those vehicles.

Earl Jarrett, Chairman of the Jamaica Automobile Association (JAA) and member of the Board of Trustees of the FIA Foundation, stated that the main objectives of the conference are to “strengthen vehicle emission and fuel quality standards; as well as, to promote fuel economy to support a more fuel efficient auto fleet in the Caribbean.”

“It is critical that countries, such as Jamaica; and others in the Caribbean Region, tackle the risks posed by the continued use of fossil fuels and uninhibited vehicle emissions that can have a negative impact on our people and the environment,” Mr. Jarrett said.

Sheila Watson, Director of Environment at FIA Foundation, and Executive Secretary of the GFEI, said the conference forms part of the GFEI’s activities to support the development of a global policy framework to promote vehicle fuel efficiency and FIA Foundation’s environment and sustainable mobility agenda.

“The Global Fuel Economy Initiative has just published our Annual Report 2014 which shows that the world is still not on target to achieve the fuel economy improvements which are needed, particularly in non OECD countries such as those here in the Caribbean,” Ms Watson explained.

She continued , “not only is this a huge threat to the environment and to energy security, it is also a massive financial missed opportunity of around $2 trillion globally by 2050,” adding that, “the GFEI is working to raise awareness about and provide information and research around fuel economy, while supporting national and regional policy making efforts.”

The meeting concluded with an agreement around priority actions, of which promoting GFEI and fuel economy through the UN’s post 2015 process was one.