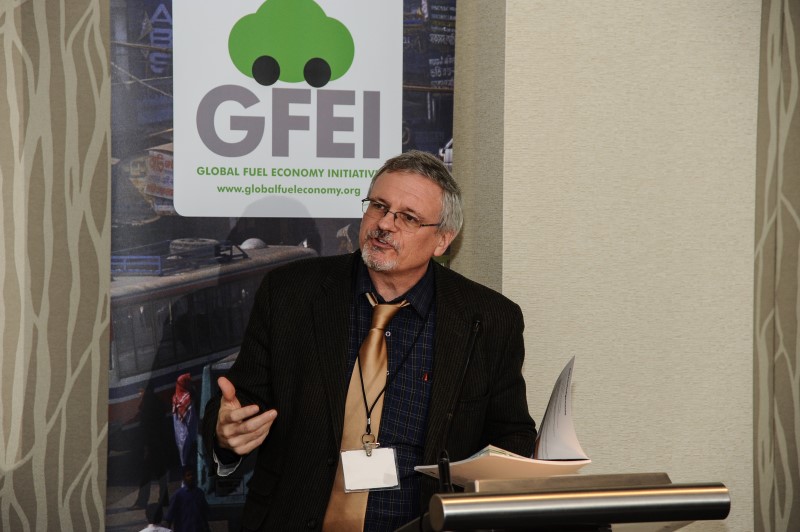 Lew Fulton of ITS UC Davis presents the report’s findings 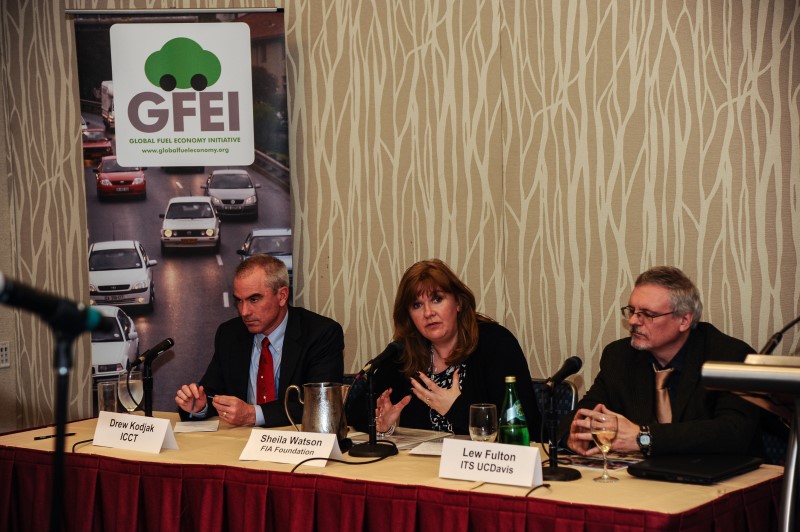 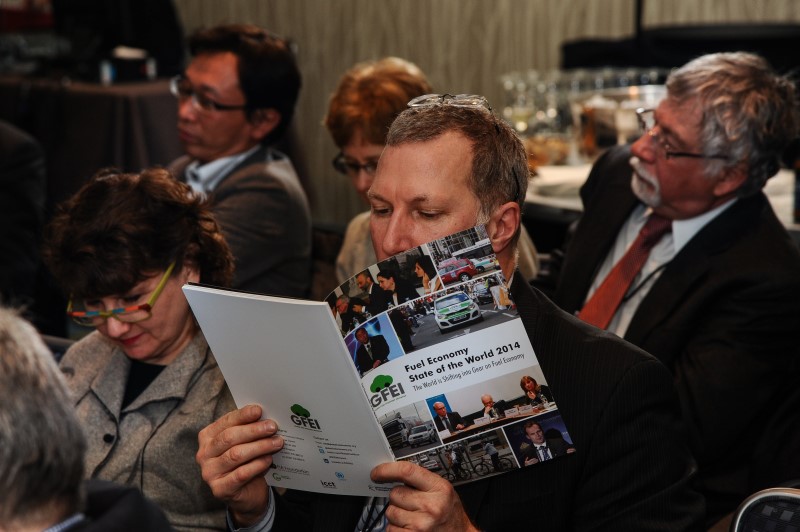 The report, titled ‘State of the World 2014: the world is shifting into gear on fuel economy’ finds that increasingly, countries are acknowledging the need for strong policies on fuel economy and are investigating, developing and implementing those policies. However, there is still a long way to go to reach the Global Fuel Economy Initiative (GFEI) 2030 target of a 50% reduction in new car fuel consumption (L/100km) compared to 2005 levels, particularly in non-OECD countries.

The report was launched at the Transportation Research Board annual meeting in Washington DC on 14 January. It highlights major developments on fuel economy which have taken place over the past year.

Although fuel economy data for new car sales in most countries is not yet available beyond 2011, the rate of fuel economy improvement in major countries around the world was faster between 2008 and 2011 than it was between 2005 and 2008, which is encouraging.

Of key concern is the need for further improvement particularly in non-OECD countries. Average new light-duty-vehicle (LDV) fuel economy in the OECD improved by 2.7% per year between 2008 and 2011 while in non-OECD countries it improved by only 0.6% (based on an IEA sample of countries including most major markets). This caused average OECD fuel economy to surpass non-OECD possibly for the first time, with 2011 averages of 7.0 L/100km in OECD and 7.5 in non-OECD.

The report emphasises that a faster pace of fuel economy improvements is needed if the GFEI targets are to be reached. Overall the global average of 7.2 L/100km represents a 0.8% annual improvement since 2005 slower than the pace needed to reach 4 L/100km by 2030. From the position in 2011, a 3% per year improvement will be needed to get there.

Sheila Watson, Director of Environment for the FIA Foundation and Executive Secretary of the GFEI said: “As detailed in our State of the World report, many emerging and developing countries are making important progress on fuel economy. But what we now need is a stronger push on fuel economy than the planet has set in place so far. If we’re to reach a global reduction of 50% in new car fuel use by 2030 we’ll need more policies in more countries, and we’ll need to see an extension and strengthening of policies already in existence. Fuel economy is improving, but we can and must accelerate progress.”

The wide ranging report outlines the range of measures that countries require to make progress on fuel economy. Few countries have a “full package” of measures although perhaps not all countries need this.

A full package would include: fuel economy labelling systems; fuel economy standards requiring manufacturers to make improvements to their new models; and pricing systems to encourage consumers to purchase the most efficient models, such as CO2-based vehicle taxation or fee/rebate (feebate) systems. Fuel taxation also sends a very important signal in this regard and many countries still subsidize motor fuel.

The report also includes key achievements and findings during the year, including engagement with a range of governments worldwide, analysis of the variation in fuel economy policies in different countries, reports on the net costs and benefits of fuel economy improvement, coverage of issues ranging from managing second hand car imports to measuring in-use fuel economy and pollution emission reductions.

Click here to download ‘State of the World 2014: the world is shifting into gear on fuel economy’ >