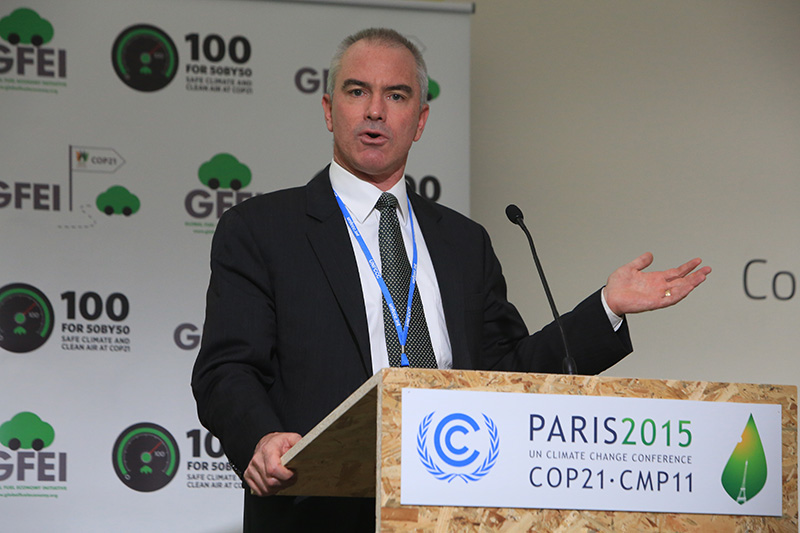 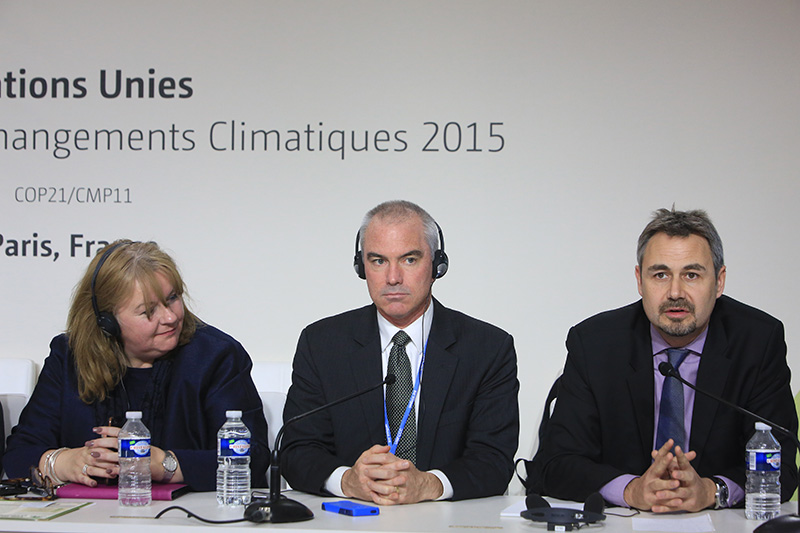 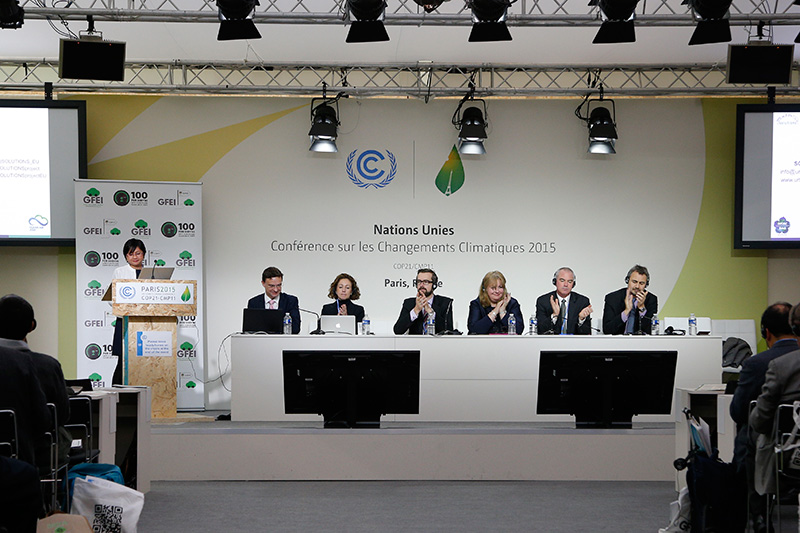 The panel of speakers at the launch

GFEI launched its new ‘State of the World’ report at a high-profile official side event at COP21 exploring the contribution of transport to a low-carbon pathway.

The event was a collaboration with the Wuppertal Institute, CTS Embarq Mexico, IPIECA, the FIA Foundation and Clean Air Asia. Oliver Lah, climate policy expert for Wuppertal Institute set out the vital role that transport must have in contributing to emissions reductions if climate change is to be limited to less than 2 degrees centigrade, a key milestone after which the intensity and frequency of catastrophic climate events increases. For GFEI, Sheila Watson unveiled the new report which comprehensively reviews the latest actions and assesses global progress on improving fuel economy towards GFEI’s target of doubling average fuel efficiency of all new vehicles by 2030 and all vehicles by 2050. Drew Kojak, Executive Director of the International Council on Clean Transportation (ICCT) then summarised the latest analysis contained in the report, on progress in major markets, which shows significant improvements have been made, but that more progress is needed globally in order to achieve these ambitious markets. This includes countries with existing standards to increase ambition, but will also require countries with no standards to introduce them and start on the path towards world class levels. The other presentations highlighted the important contribution that cities, national governments and industry can make in reducing emissions.

In launching the report, GFEI wrote to UNFCCC Executive Secretary Christiana Figueres to highlight this analysis, and the importance transport must play in any global climate change agreement.