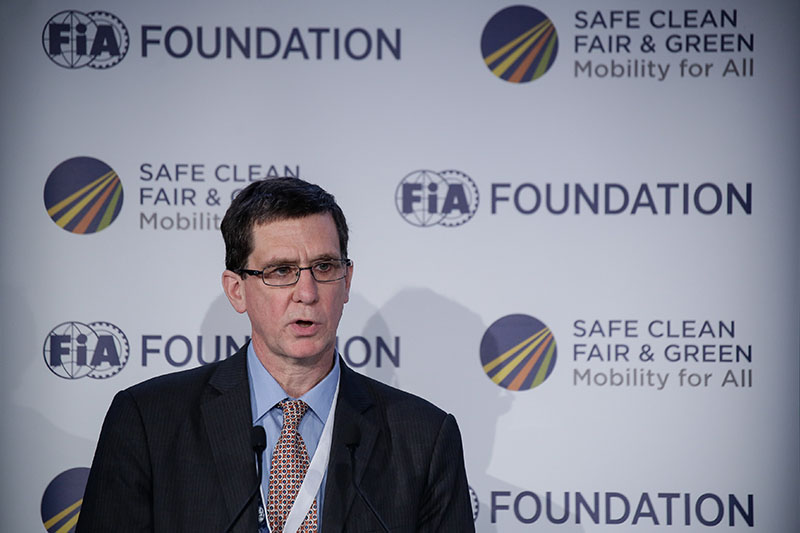 At the FIA Foundation AGM on 3rd December in Central Paris, the activities of GFEI were highlighted as part of the Foundation’s ‘Safe, Clean, Fair and Green’ Agenda.

Mark Radka of UNEP and the Ugandan Environment Minister, Hon. Flavia Nabugere, addressed the assembly, highlighting the critical role that the FIA Foundation’s support and hosting of the secretariat has in enabling the Global Fuel Economy Initiative’s work. Minister Nabubere shared how with GFEI’s support, Uganda is moving towards new fuel economy standards which will clean up the vehicle fleet in the country and reduce emissions. At the meeting, Saul Billingsley, Director General of the FIA Foundation announced a further Euro1 million of support for GFEI’s work to facilitate the expansion of the number of countries in that the initiative works as part of the ‘100 countries for 50 by 50 campaign’.