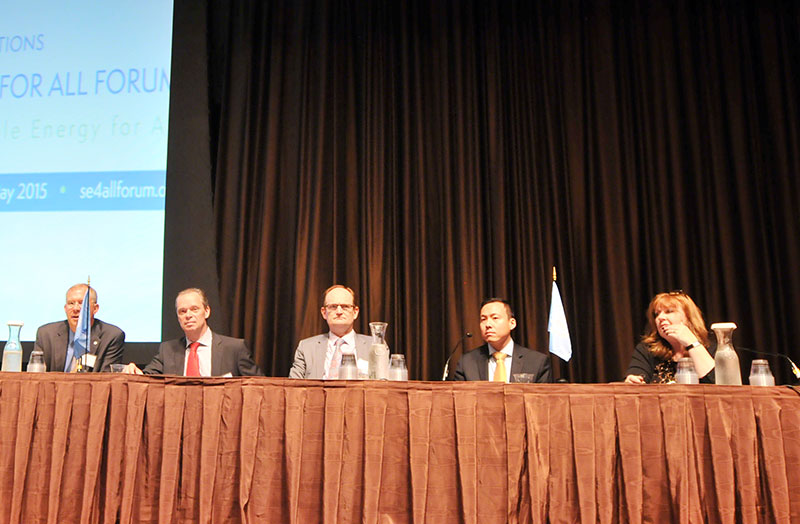 As a SE4All accelerator initiative for transport, GFEI is pledging to get 100 countries involved in its capacity-building work by 2016

The Global Fuel Economy Initiative (GFEI) has launched a '100 for 50by50' campaign to build support ahead of the 2015 Paris Climate Summit.

Speaking at the Sustainable Energy for All (SE4ALL) Forum in New York on 19 May, Sheila Watson, Executive Secretary of the Global Fuel Economy Initiative (GFEI), launched ‘100 for 50by50’ - an ambitious pledge ahead of the COP21 Climate Summit in Paris in December, with the target to involve 100 countries in its fuel economy capacity-building work by 2016.

GFEI conducts research; raises awareness of the benefits of improved vehicle fuel efficiency; and most importantly works in countries to help stakeholders develop fuel economy policies which work for them. GFEI has shown that the gains from deploying existing cost effective technologies are huge - stabilising CO2 emissions from a fleet which will be 3 times bigger by 2050, and saving trillions of dollars and millions of barrels of un-used oil. GFEI's analysis shows that a 50% cut in average vehicle fuel use by 2050 is possible – the ‘50by50’ target.

2015 is a key year for Fuel Economy as governments look to agree ambitious action on climate and development, including the UN Sustainable Development Goals, the Turkish G20 and COP21 in Paris. GFEI is working to ensure that fuel economy improvements are reflected in all of these vital processes. As a SE4All accelerator initiative for transport, GFEI is pledging to get 100 countries involved in its capacity-building work by 2016 in order to build momentum and maximize the global impact of fuel economy improvements.

You can find out more information about 100 for 50by50 here