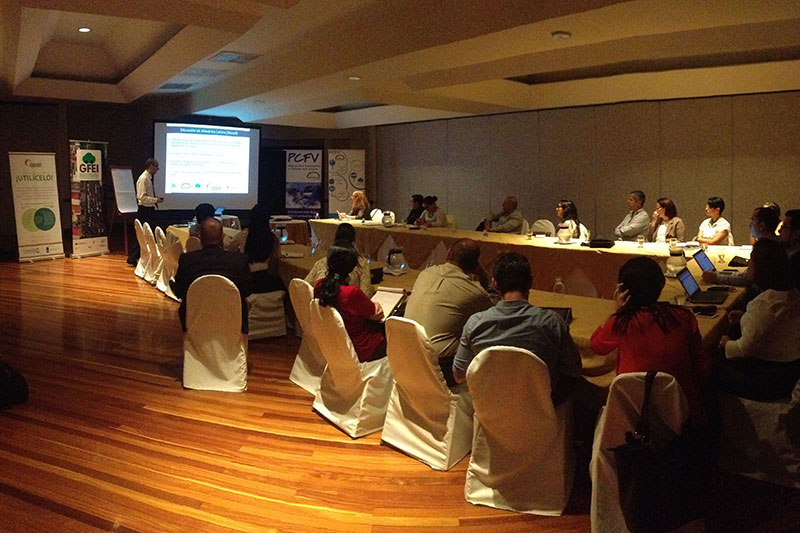 The GFEI meeting in San José to launch the report was organized by CEGESTI with technical support from Centro Mario Molina Chile (CMMCh). Participants included personnel of the Ministry of Environment and Energy, the Ministry of Public Works and Transportation, business chambers and associations, the Ombudsman Office, among other interested parties. The study is part of the “Promoting Cleaner Fuels and More Efficient Vehicles in Central America” project and part of the Global Fuel Economy Initiative (GFEI) national project for Costa Rica.

The transport sector is one of the country’s largest CO2 emitters, the most important energy consumer and also an important urban air polluter. In 2014 the country paid around $2.1 billion for fuel. The average vehicle age is 15 years old. These are major challenges to the country’s goal of being carbon neutral by 2021.

The main objective of this report is to serve as a tool for decision makers in policies that promote fuel economy, reduce the greenhouse gases (GHG) and improve the air quality in the country. This report is in line with the National Energy Plan 2015-2030 introduced by the Government last week. The report highlights the lag that Costa Rica has when compared with other countries such as United States, those of the European Union, China, India, Brazil and Mexico fuel economy and emission standards. These countries have adopted policies that have gradually reduced their GHG emissions, fuel consumption and taken steps to address air quality problems.

The report recommends the introduction of a vehicle labeling scheme to highlight important information on fuel economy and CO2 emissions so that consumers can take more informed decisions. Among other actions suggested are: the adoption of emissions standards for new and used vehicles imported into the country, taxes on more inefficient vehicles, and to continue with fuel quality improvements in order to be able to take advantage of the best technologies available in the market.