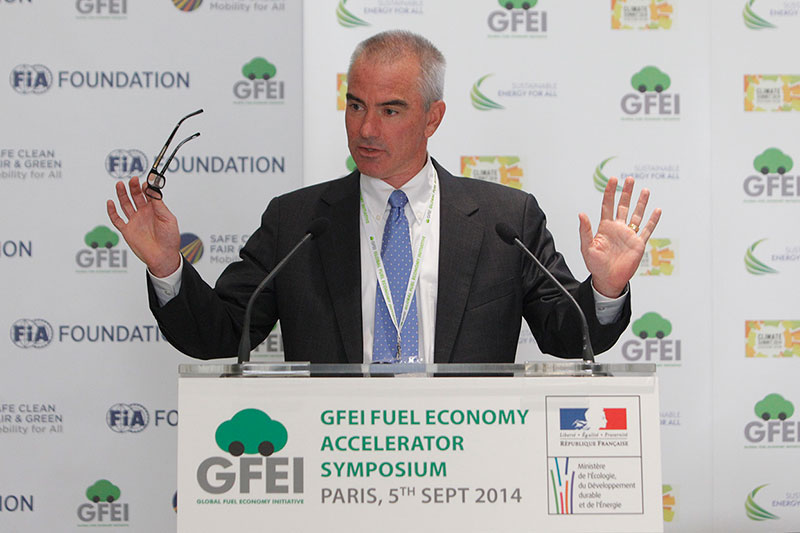 The Executive Director of the International Council on Clean Transportation, Drew Kojak, writes about the Volkswagen emissions issue and the implications for accurate and effective monitoring of real world fuel use and air pollution emissions:

'It has long been a concern of the Global Fuel Economy Initiative (GFEI) that there is a mismatch between tested and on-road performance in terms of the fuel efficiency of vehicles.

More than two years ago, the International Council on Clean Transportation (ICCT) – one of GFEI’s partner organisations – collaborated with West Virginia University and the State of California to test air pollution emissions from three passenger diesel cars in the United States. This work found excessively high NOx emissions from two of the three diesel cars when testing under normal driving conditions. This raised a red flag and ICCT informed the federal EPA and Volkswagen of the results, with the recommendation that further inquiry was warranted. California had been involved in the testing from the start, and also started its own inquiry.

On September 18th, the US and California announced that they had determined that Volkswagen had deliberately evaded federal and state emissions certification test procedures through the use of a “defeat device.” A defeat device is not a device at all, but rather lines of software code that instruct the vehicle to turn on emissions controls when operated on a legal test cycle, and turn off when operating under normal conditions, sending emissions to 5 to 35 times legal limits.

Excessive real world emissions – either due to a defeat device or through legal grey areas in test procedures -- are not limited to NOx emissions. The ICCT has also found a large and growing gap between type approval and real world CO2 emissions – primarily in Europe but also in other major markets. The most recent report can be found here.

This is of great concern to all GFEI partners. We believe that there is a need for independent monitoring of the environmental impacts of new cars in real-world conditions. For this reason the GFEI, together with the FIA Foundation, has been supporting a range of initiatives, such as improved testing procedures in Europe, and major improvements in consumer information. We must have some way of ensuring that real world fuel use and air pollution emissions truly follow the downward trajectory of legal standards if we are to address the energy security, air quality and climate change challenges which we face. For example the‘Green NCAP’ test, which we are developing, would provide improved consumer information via an independent assessment of the in-use efficiency and environmental impact of vehicles.

It is essential that others – both countries and manufacturers alike - join us in all of this work, and we would welcome their further engagement.’