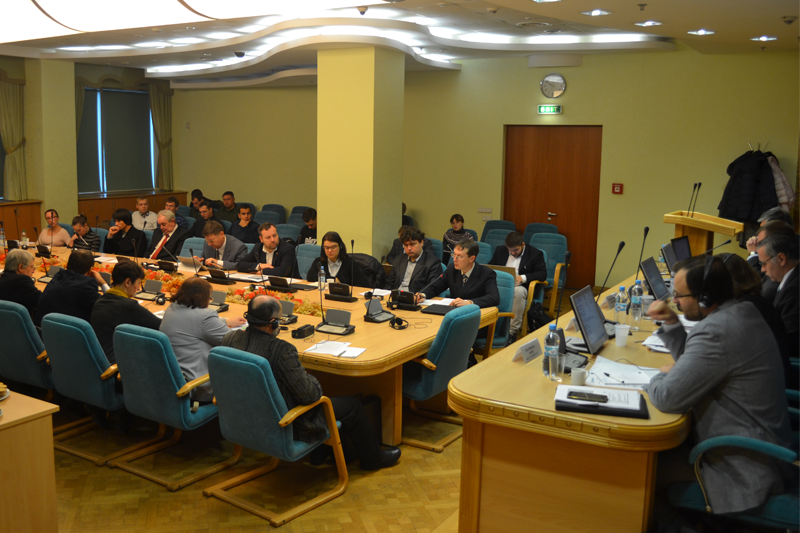 Participants at the Clima East event. 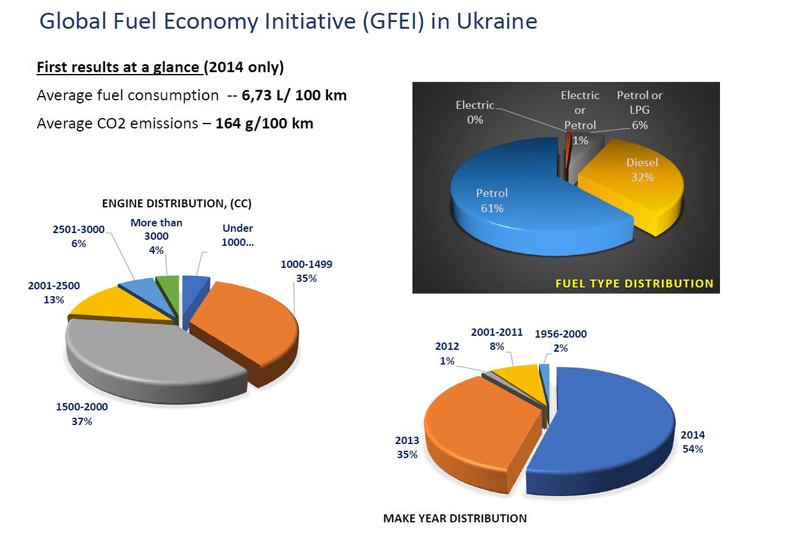 GFEI is supporting research in collaboration with Ukraine’s International Standardization Academy to understand the average fuel economy of vehicles in Ukraine (an ‘auto fuel economy baseline’) that will inform further policy development on improving the energy efficiency of on-road transport in the country. In November 2016, at an event hosted by the EU Clima East Expert Facility in Kiev, Elisa Dumitrescu (pictured above) of GFEI partner UNEP who are leading the country support, launched the initial findings of this research.

The aim of the Clima East support was to review the EU Member States’ national practices on reducing GHG emissions in the road transport sector, provide analysis of the current Ukrainian relevant national policies, and develop recommendations on optimal approaches and policies aimed at reductions in GHG emission and fuel consumption in Ukraine’s road transport sector. Clima East, together with the Ministry of Infrastructure and the National Ecological Centre of Ukraine on a project called “Development of potential in the elaboration of National policy on regulation of CO2 emissions and energy consumption by road transport.”

The full recommendations for Ukraine included:

You can see the GFEI presentation here.

You can see the Clima East report on regulating transport CO2 emissions here.