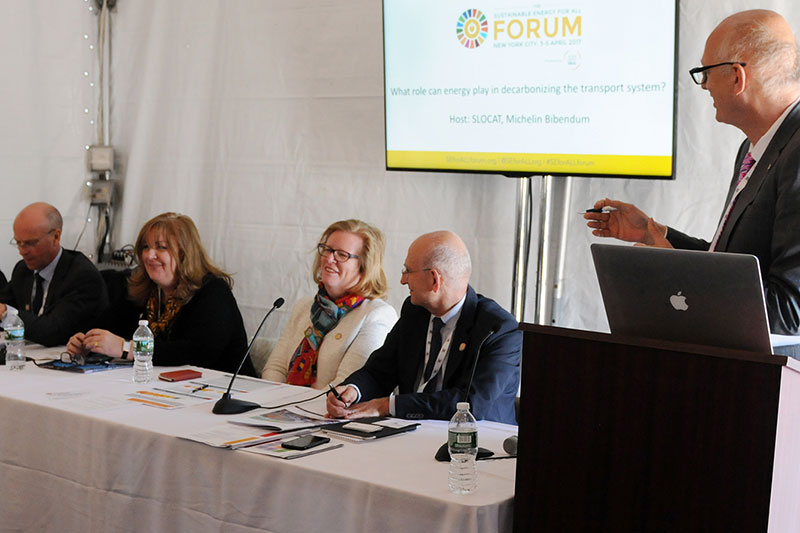 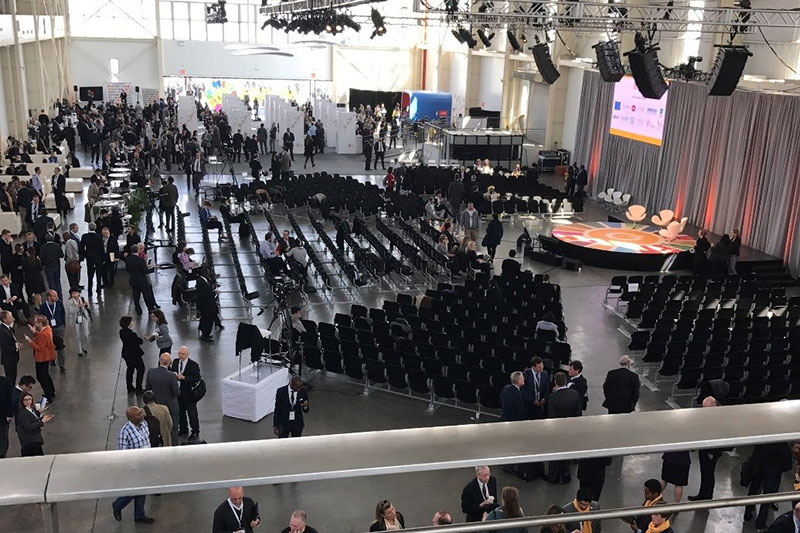 The Forum was held at the Duggal Greenhouse in Brooklyn, New York.

Brooklyn was the location chosen for the Sustainable Energy for All (SE4ALL) Forum in New York on 3rd April 2017. Sheila Watson, Executive Secretary of the Global Fuel Economy Initiative (GFEI) and Deputy Director of the FIA Foundation, shared the work which GFEI - SE4ALL’s official transport ‘accelerator’ - is bringing transport and energy together by supporting governments to improve vehicle efficiency.

The event, held at the Duggal Greenhouse was attended by over 1,000 high-level representatives from government, business, civil society and international organizations focused on the theme of “Going Further, Faster – Together.”

Sheila took part in two panel discussions, including a ‘deep dive’ session on the main stage, where she highlighted the potential gains to be made from countries transforming their energy and transport systems while creating jobs and economic growth. GFEI’s research that shows that average fuel economy has improved over the past decade, but more needs to be done to achieve GFEI’s ambitious target of doubling average fuel efficiency of new vehicles by 2030. The discussion, moderated by Drew Kodjak from GFEI partner the International Council on Clean Transportation (ICCT) included experts from the European Commission, Costa Rica and tyre manufacturer Michelin.

The Partnership on Sustainable Low-Carbon Transport (SloCaT) also organised a Partner Working Session focused on linking low carbon energy with transport. The panel included government officials from Malaysia and Norway, as well as experts from GFEI partner the IEA and REN21. The main messages from this panel said that there is a very strong case for fuel efficiency as it saves oil and CO2. However, she warned that this shouldn’t be taken for granted, as well as highlighting how GFEI is focusing on improving the fuel economy of HDVs as well as passenger vehicles, and supporting governments to ensure their policy frameworks include electric vehicles. The working session concluded that SE4ALL should maintain a strong connection to transport.such as through a joint single-focus event.

The Sustainable Energy for All Forum is a ‘marketplace’ to help broker new partnerships and ideas, spur investment and drive action towards sustainable energy and realising Sustainable Development Goal 7 (‘Ensure access to affordable, reliable, sustainable and modern energy for all’). At the Forum, Michael Bloomberg, the former Mayor of New York, spoke about how sustainable energy relates to all aspects of people’s lives, including “the air you breathe”. He encouraged a focus on cities as “half the people in the world live in cities, and both the problems of the environment and climate change and the solutions are found in cities”.