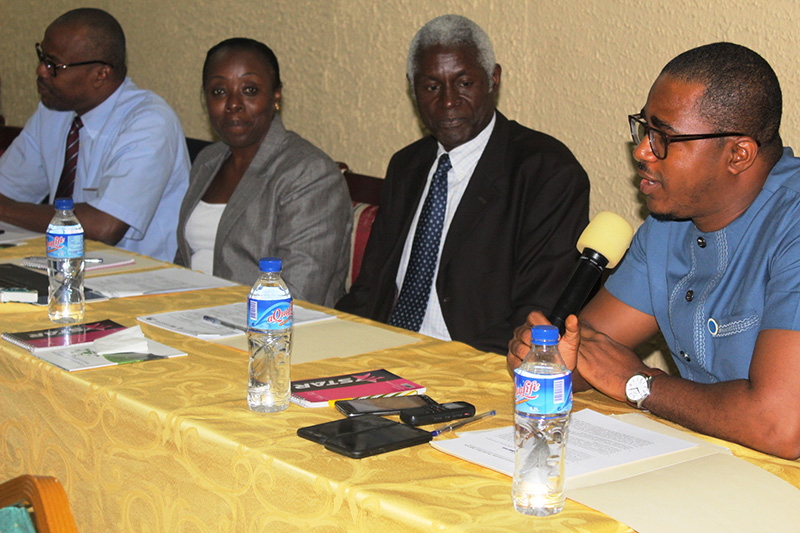 The Global Fuel Economy Initiative (GFEI) held a national workshop in Monrovia, Liberia on 20-21 November 2017 to share the findings of the country’s new fuel economy study.

The aim of the meeting was to validate the findings and propose policy interventions to promote the import of cleaner and more fuel efficient vehicles. The fuel economy study was coordinated by the Environmental Protection Agency of Liberia with funding support from the FIA Foundation. Liberia is among the 7 countries within the Economic Community of West African States (ECOWAS) that are being supported to develop an automotive fuel economy inventory and baseline.

The workshop was opened by the Hon. Urias Goll, the Deputy Executive Director of Liberia Environmental Protection Agency. In his opening remarks, he spoke of the importance of the project given that transport is the main contributor to greenhouse gas emissions in Liberia. Also in attendance were Ms. Jane Akumu of the UN Environment, Mr. Bernard Koffi of the ECOWAS and Prof. James Nyang’aya of the University of Nairobi, Kenya, who served as a guest facilitator. National participants were drawn from various government agencies, the academia, and media.

The new GFEI study findings show that Liberia predominantly imports used vehicles, which were estimated at 89% of new registrations in 2015. The majority (71%) were petrol engine vehicles. On fuel economy, the average levels for the country are higher than the global trend, with insignificant improvements over the years. For example in 2005, the average fuel economy was 7.9 litres/100kms or 181.4 CO2 emission (g/km) compared to 2015 at 7.8 litres/100kms or 177.8 CO2 emission g/km. A CO2 based taxation system and vehicle labelling scheme were proposed by the meeting as the next steps to support import of cleaner vehicles into Liberia. The Environmental Protection Agency of Liberia will present these policy recommendations to cabinet for approval. Stakeholders called for additional support to refine these policy recommendations, including carrying out a cost and benefit impact assessment of the policies, which would be useful to guide the government’s future interventions.