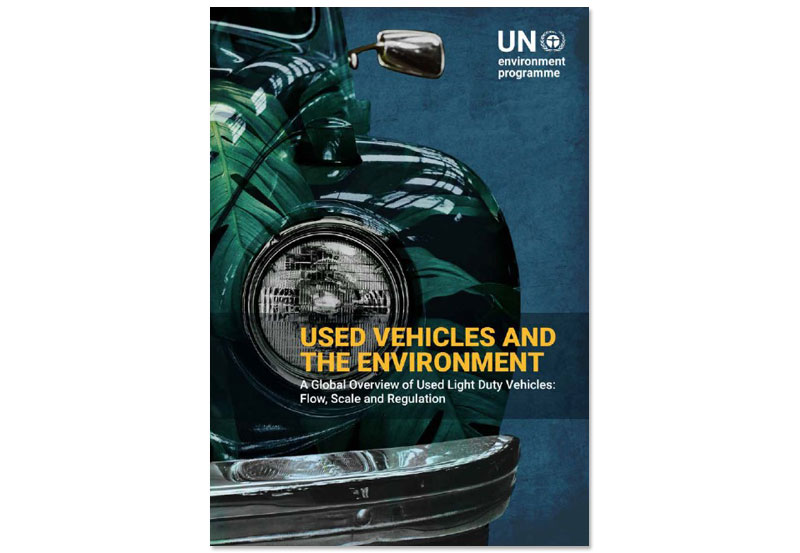 The new UNEP report supports GFEI's work to improve the fuel economy of all road vehicles. 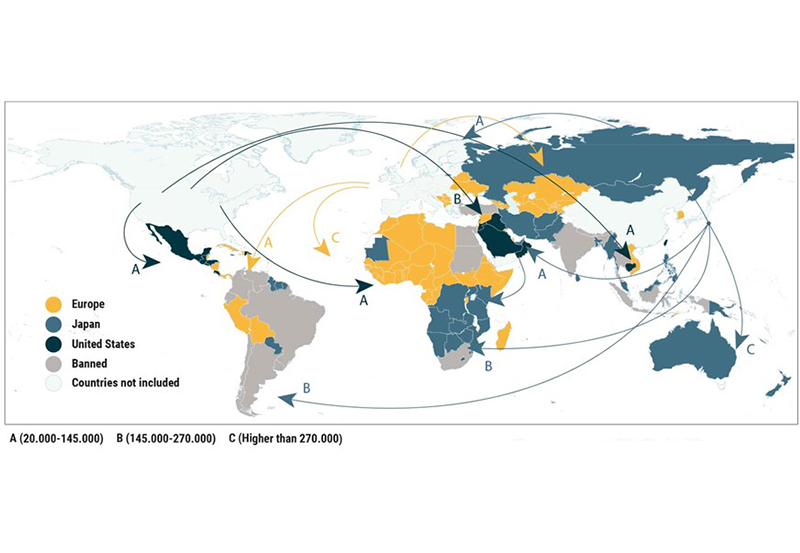 Exports of used vehicles by country (Source: UNEP, based on data collected from major exporters, 2017). 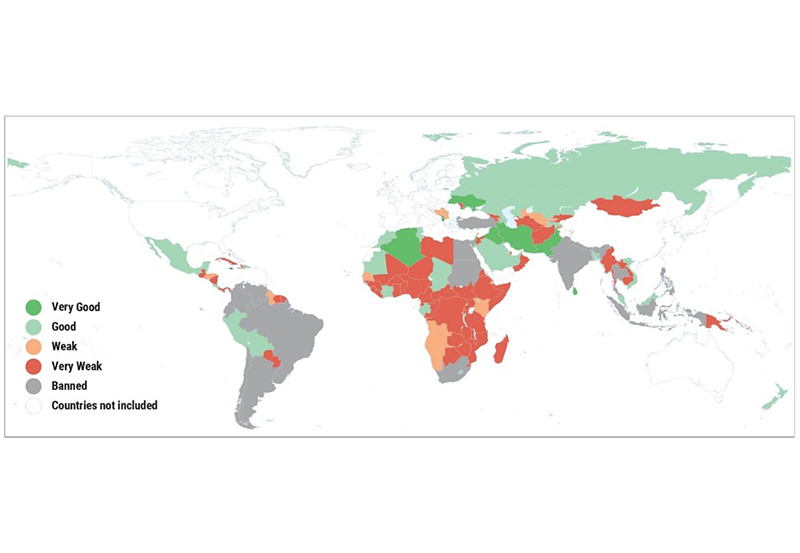 GFEI partner the UN Environment Programme (UNEP) has published a ground-breaking new report, the first of its kind, examining the global trade in used vehicles.

The study, called ‘Used Vehicles and the Environment: A Global Overview of Used Light-Duty Vehicles - Flow, Scale and Regulation’, is based on an in-depth analysis of 146 countries. It finds that millions of used vehicles, vans and minibuses exported from Europe, the USA and Japan to low- and middle-income countries are of poor quality, contributing significantly to road safety, air pollution and hindering efforts to mitigate the effects of climate change.

The report supports GFEI’s work to improve the fuel economy of all road vehicles across all energy types, including internal combustion engines, hybrids engines, and electric vehicles. Key concerns include pollutant and climate emissions of used vehicles; the quality and safety of used vehicles; energy consumption; and the costs to operate used vehicles.

Despite the critical role used vehicles play there are currently no regional or global agreements on the trade and flow in used vehicles. Of the 146 countries studied, about two-thirds have “weak” or “very weak” policies regulating the import of used vehicles. The analyses show there is little harmonization between countries. Many of the imported vehicles would not be allowed to circulate on the roads of exporting countries. In the report, UNEP calls for action to fill the current policy vacuum with the adoption of a set of harmonized minimum quality standards that will ensure used vehicles contribute to cleaner and safer fleets in recipient countries.

The new analysis indicates that the three largest exporters of used vehicles, the European Union (EU), Japan, and the United States of America (USA), exported 14 million used light duty vehicles (LDVs) worldwide between 2015 and 2018. The EU was the largest exporter with 54 per cent of the total followed by Japan (27 per cent) and the USA (18 per cent). Seventy per cent of exported LDVs head to developing countries. Africa imported the largest number (40 per cent) in the period studied followed by Eastern Europe (24 per cent), Asia-Pacific (15 per cent), the Middle East (12 per cent) and Latin America (nine per cent). This trade needs to be supervised. Regulation is essential to ensure the quality of the vehicles and reduce (urban) air pollution and global climate emissions.

Most developing countries have limited or no regulations on governing the quality and safety of imported used vehicles and rules which do exist are often poorly enforced. Equally, few developed countries have restrictions on the export of used vehicles. Regulations can take many forms from complete import bans to age restrictions, fiscal incentives, labelling and awareness requirements. Regulations reduce imports of old and polluting used vehicles, and encourage the imports of cleaner used vehicles, including very low and no emissions vehicles. The report compared and combined the different measures into one overview that shows the current regulatory environment for importing used vehicles, with a scale of ‘very good’ to ‘very weak’ for those that allow imports.

Countries that have implemented measures to govern the import of used vehicles, such as age and emissions standards, have given them access to cleaner and more efficient used vehicles, including hybrid and electric cars, at affordable prices. For example, Morocco only permits the import of vehicles less than five years old and those meeting the Euro 4 vehicles emission standard; as a result, it receives only relatively advanced and cleaner used vehicles from Europe. Mauritius, a small island developing state has successfully introduced a set of policies to improve the quality of used vehicles. Mauritius only allows used vehicles which are not older than three years. It also introduced a CO2-based vehicle taxation scheme and set up a verification and inspection scheme for used vehicles. Recently Mauritius introduced fiscal incentives for low and no emissions vehicles. As a result it has seen a major increase in the import of used (hybrid) electric vehicles.

In 2020, 15 African countries, members of the Economic Community of West African States (ECOWAS), with UNEP support, adopted cleaner fuels and vehicle standards, including minimum Euro 4 equivalent for new and used vehicles that will be implemented from January 2021. The directives bar the import of light-duty vehicles more than five years old and aim to double the efficiency of cars by 2030. The regulations are a milestone in reducing greenhouse gas emissions in a region that is home to about 400 million people, where many vehicles are past their prime.

The report concludes that:

UNEP, with the support of the UN Road Safety Fund, will support both exporting and importing countries to address these issues, together with partners, including the FIA Foundation, FIA, UNECE, CITA, initially with a project focused on Africa.