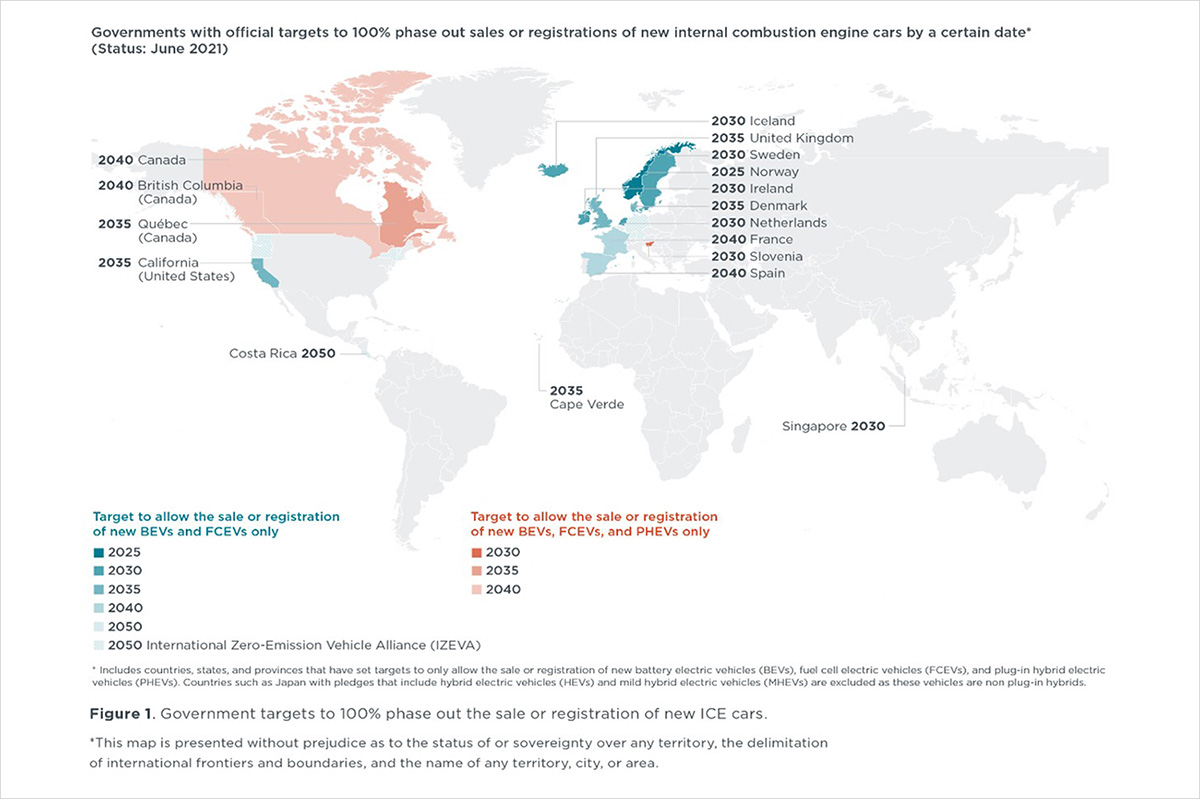 GFEI partner the International Council on Clean Transportation (ICCT) has recently published a global overview of all targets announced (as of June 2021) for phasing out of the sale or registration of new internal combustion engine (ICE) passenger cars.

The phase-outs called for in different jurisdictions vary in their timing and in their definition of what qualifies as a zero-emission, or non-ICE, vehicle. An understanding of the different vehicle technologies involved is important when considering the potential climate implications of these initiatives, and the ICCT briefing provides an overview of these technologies.

ICE bans are one of the tools that GFEI set out in its Vehicle Efficiency and Electrification: A Global Status Report, which stated “ICE sales bans, the ‘mirror image’ of ZEV sales requirements, can be helpful to set the long-term trajectory but must be part of a broader strategy As countries seek to reduce the impacts of emissions from transport to comply with the GHG reduction goals under the Paris Agreement, a transition to zero-emission vehicles is essential. By setting these targets, governments have sent a clear signal, even if not in the form of binding regulation, as is the case for countries of the European Union of their commitment to this transition.