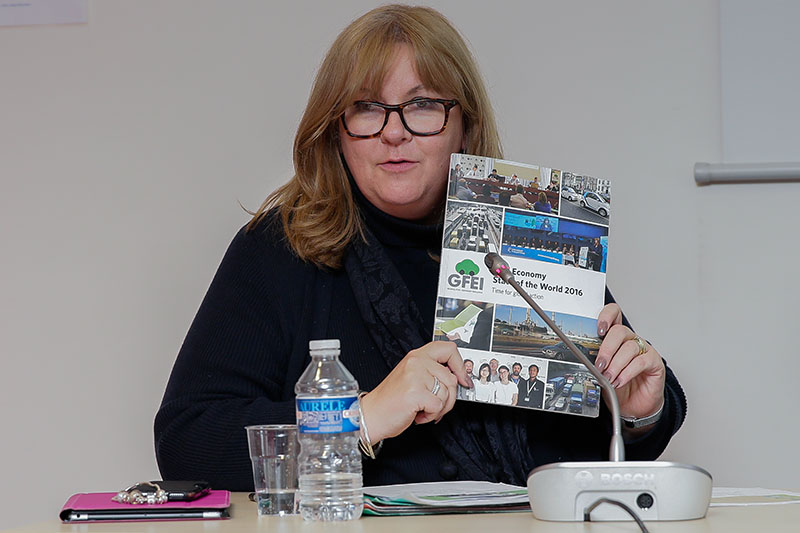 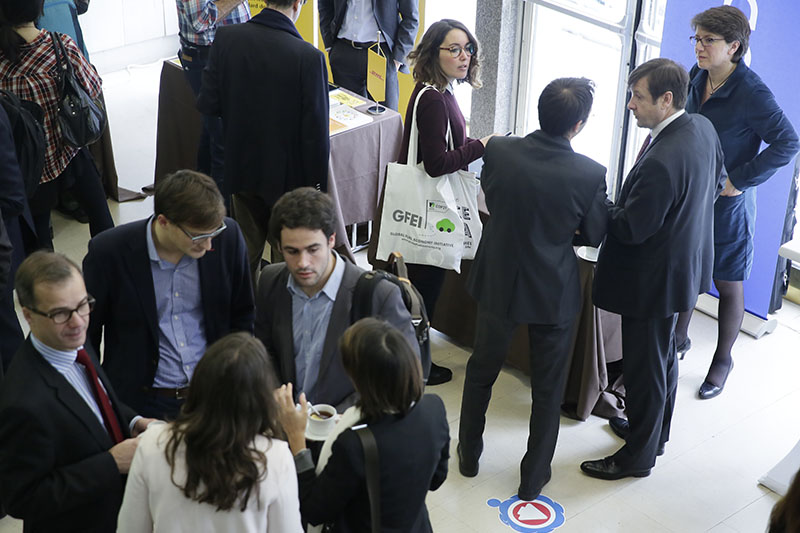 Sunday 6th December was Transport Day at COP21. The event, organised by SloCat, Michelin Bibendum and Bridging the Gap was hosted by the International Railway Union in its offices next to the Eiffel Tower brought together over 350 delegates from across the complete range of initiatives under the banner of #WeareTransport.

The opening plenary heard from Assistant Secretary on Climate Change to the UN about existing initiatives which are getting stronger, such as GFEI’s 65 countries – up from 27 at the Climate Summit.

GFEI was featured in a side event which explored the importance of fuel efficiency for reducing emissions, as part of a panel organised by Transport and Environment. Jos Dings of T&E set the scene with an exposition of just how little efficiency there has actually been across modes; Sophie Punte of Smart Freight Centre laid out the particular complexities of that area; and Glynda Bathan of CAI Asia identified positive steps forward in her region. Sheila Watson shared the findings of the new ‘State of the World’ report and urged greater enforcement as a key way in which to improve vehicle efficiency and reduce emissions.

Later in the afternoon plenary session, Ministers from Costa Rica, and Ivory Coast shared the steps that they were taking to address vehicle fuel economy as part of the range of activities that they were undertaking to improve mobility to support sustainable development and limit increases in emissions from growing vehicle fleets. Sheila Watson also addressed this plenary, identifying the 33gt of C02 and $8 trillion in cash which reaching GFEI targets could bring, but adding in a message to the Governments gathered nearby at Le Bourget - ‘If you want these gains then GFEI’s message is clear – we’ve got this technology – now we need the policy.’