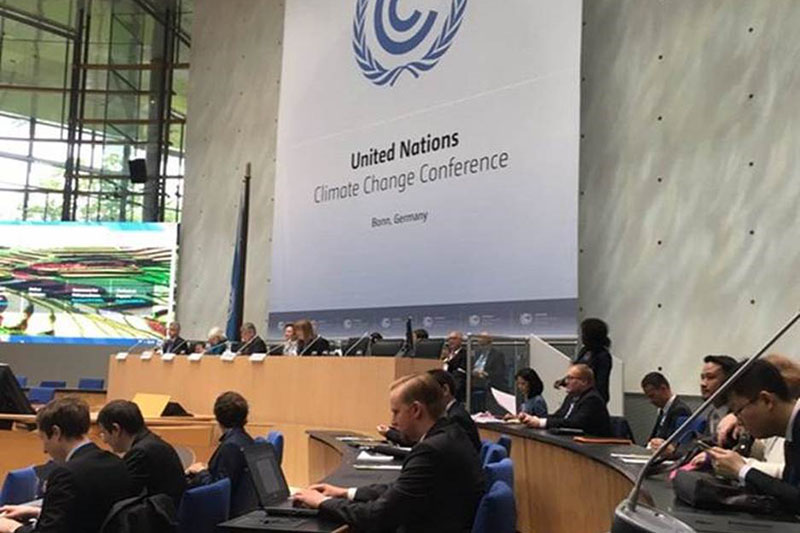 On 23 May 2016, GFEI Executive Secretary Sheila Watson (main photo above) had the honour of chairing a Technical Experts Meeting (TEM) in Bonn, Germany, on Shifting to More Efficient Public Transport and Increasing Energy Efficiency of Vehicles.

The meeting follows the vital COP21 agreement in Paris in December, and was focused on identifying best-practice policies in transport to encourage early climate action, such as policies to improve fuel economy. Technical Expert Meetings are organised by the UNFCCC secretariat in order to identify policy options, practices and technologies with high mitigation potential, and bring together a range of leading transport stakeholders, including policy experts, country representatives and the private sector.

The meeting was the first of its kind focusing on the transport sector. Sheila Watson welcomed the UNFCCC’s focus on transport and said she was “honoured to facilitate this meeting which is critical to the technical examination process, and which aims to scale up ambition and early action through cooperation, collaboration and engagement.”

Among the experts who contributed were GFEI partner, the International Transport Forum, who shared their research on the key actions for decarbonising transport, and SLoCaT who presented a common framework for reducing emissions. GFEI was highlighted by SLoCaT as the transport initiative most widely identified by countries in their Nationally Determined Contributions (NDCs) to achieve emissions reductions.

A key theme of the discussions was the need for policy integration, with sector-wide actions that encompass both new technologies and the enabling conditions needed for these to succeed. The audience heard from Toyota that there is exciting potential for carbon emission reductions from new technologies, but that although the main building blocks for this are already in place, consistent and patient policy making is needed to support a long-term transition to low-carbon vehicles.

Other themes that emerged were capacity building and partnerships, both of which are central to how GFEI operates. The Global Environment Facility (GEF) highlighted its support to GFEI since 2012 in fuel economy policies and automotive baselines in over 20 countries. Other presentations included Thailand, which explained how it has shared its work on Intelligent Transport Systems with Bhutan through the support of the Climate Technology Centre and Network (CTCN), and Morocco which highlighted the steps it is taking to promote electric mobility.

Summary of the Technical Experts Meeting by the facilitator, Sheila Watson

Presentations from the Technical Experts Meeting