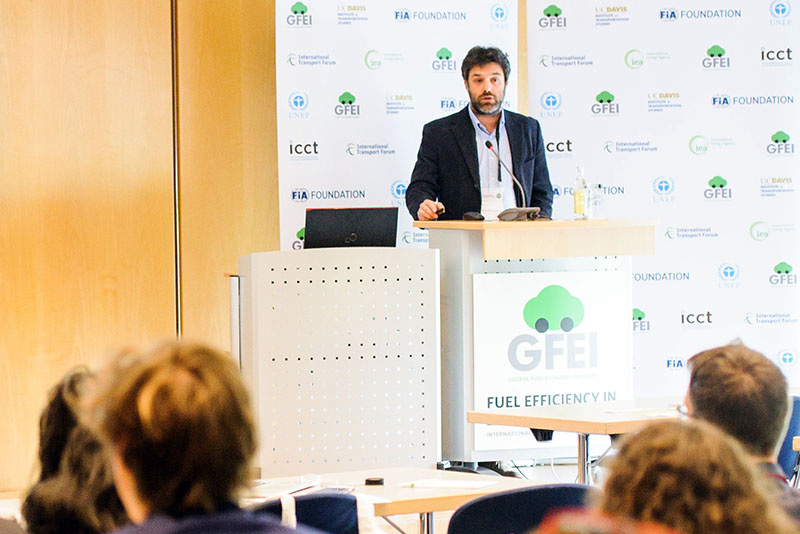 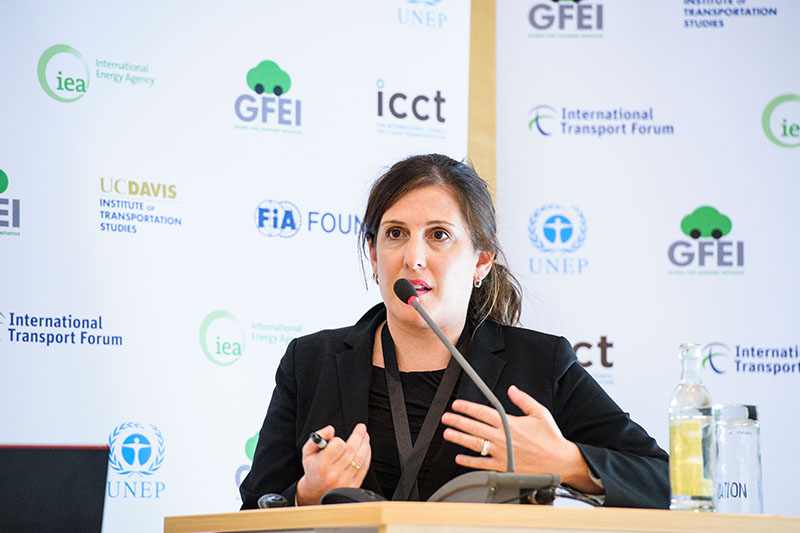 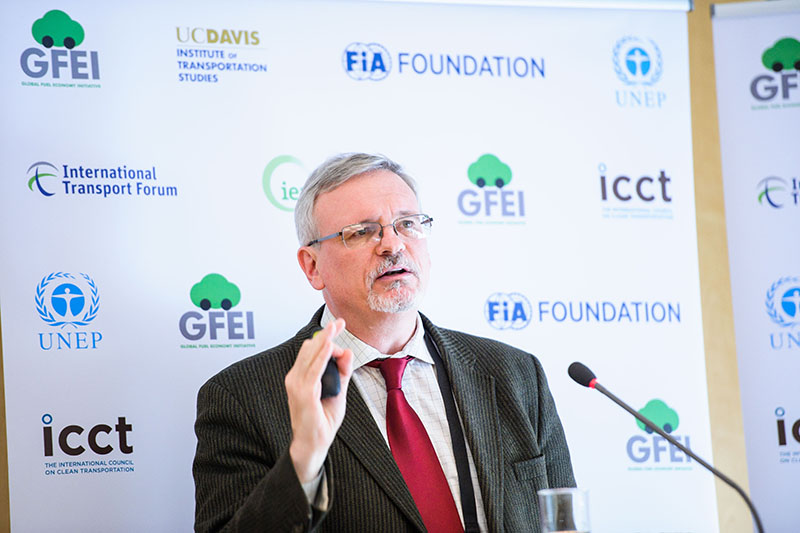 The Global Fuel Economy Initiative held a high profile side-event at the Annual Summit of the OECD’s International Transport Forum in Leipzig, Germany on 19th May 2016.

At the event GFEI partners shared important new research in 3 areas: in-depth analysis of the technology and policy drivers that affect vehicle fuel economy trends; an overview of the opportunities for new fuel economy standards for heavy duty vehicles (HDVs); and the potential of electric vehicles to contribute to vehicle energy efficiency improvements. All of this work was supported by FIA Foundation funding. The in-depth report was launched at the seminar as Working Paper 12 – Technology and Policy Drivers of the Fuel Economy of New Light-Duty Vehicles.

Sheila Watson (main picture above), Executive Secretary of GFEI, introduced the seminar, and outlined GFEI’s recent activities to catalyse progress towards their targets of doubling average vehicle fuel economy by 2050 and by 2030 for new vehicles. She highlighted the global momentum for improving fuel economy, such as the UNFCCC agreement in Paris, and the inclusion of energy efficiency in the SDGs and G20 agenda. In introducing the speakers, Sheila described the presenters as “GFEI partners and the world’s leading analysts on these key issues in the future of vehicles and their climate and sustainable development impact.”

Pierpaolo Cazzola launched the new GFEI Working Paper 12, which sets out the latest analysis by the IEA into vehicle fuel economy trends for over 20 countries. The paper explores the detailed impact of fuel economy policies over time, including how the different mix of policy and technology characteristics in different countries affects average fuel economy levels. His key findings were that policies matter: both fuel economy regulations and differentiated taxation are highly effective in reducing emissions, but that fuel taxes and effective monitoring also are important.

Rachel Muncrief of the International Council on Clean Transportation (ICCT) shared new analysis into fuel economy in HDVs. She explained that international HDV emissions standards are behind LDV standards, with only 47% of global HDV sales currently covered by efficiency standards, compared with 83% for LDVs. She also discussed potential areas for technological improvements, and suggested that a scenario with even ‘moderate’ improvements globally could save 27Gt of CO2 emissions by 2050. She called for the EU, which is the largest market without standards, to make a commitment to HDV standards as soon as possible.

Lew Fulton of UC Davis presented his latest findings on trends in electric vehicle sales, and what this means for achieving the Paris Declaration on e-mobility’s aim of reaching 100m EV sales by 2030. His presentation included detailed analysis of sales of different models in the main markets, and the conditions which could shape future increases. He gave a positive projection for EV growth with the caveat that substantial policy support will be needed to actually get to targets. In concluding, he explained how the next steps of the ITSDavis research on this topic will be to assess the carbon savings from such changes, and to set out the key factors and policies that affect this sales trajectory.

In the active debate and discussion session which followed, GFEI was described as “a great initiative which shows how much we can do now to cut CO2” GFEI’s work has always been firmly evidence-based, and this session highlighted the strength of what is coming next in this regard.