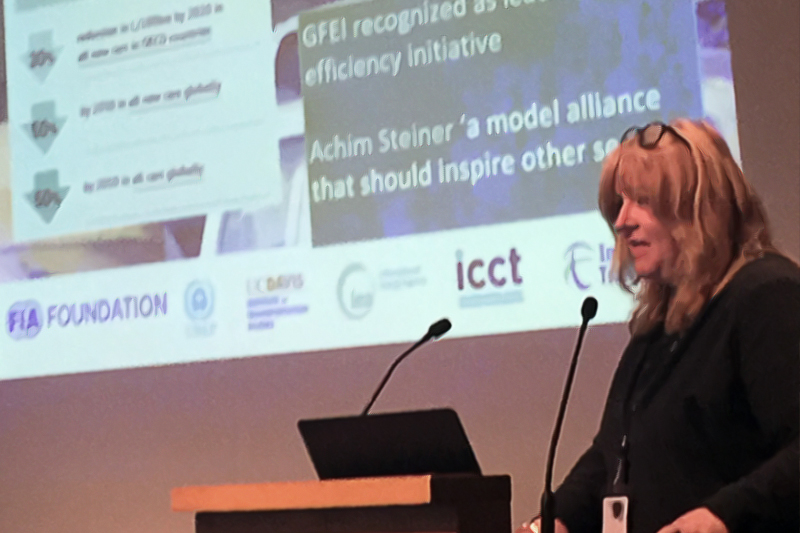 GFEI Executive Secretary Sheila Watson spoke at the global Climate Chance summit in Nantes, France, about how GFEI has become the leading vehicle efficiency initiative globally. The event brought together non-state actors, including local authorities and charities, to share experiences, strategies and resources in the efforts to tackle climate change, in order to help meet the commitments made at COP21 in Paris.

Sheila Watson explained how GFEI’s ‘100 for 50 by 50’ initiative for COP21 has accelerated progress in shifting vehicle efficiency policy globally, funding support for 40 new countries to improve fuel economy, including many that attended GFEI’s global training and networking meeting in Paris for the first time in June. GFEI is well set to support countries to deliver on their contribution to tackling climate change, including the 47% of countries which included vehicle efficiency in their official Intended National Determined Contributions (INDCs). She finished by setting out how further funding could unlock more impact in new countries with the potential to extend support beyond 100 countries, as GFEI looks to maximise vehicle efficiency across all types of vehicles.