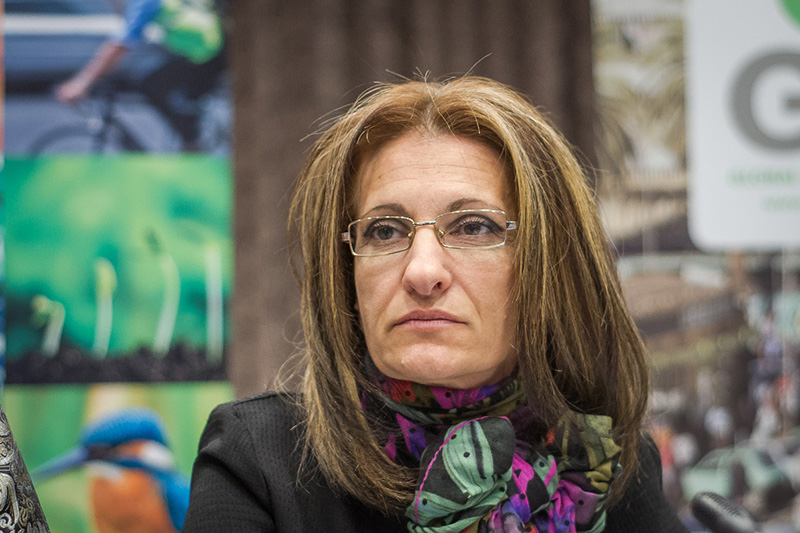 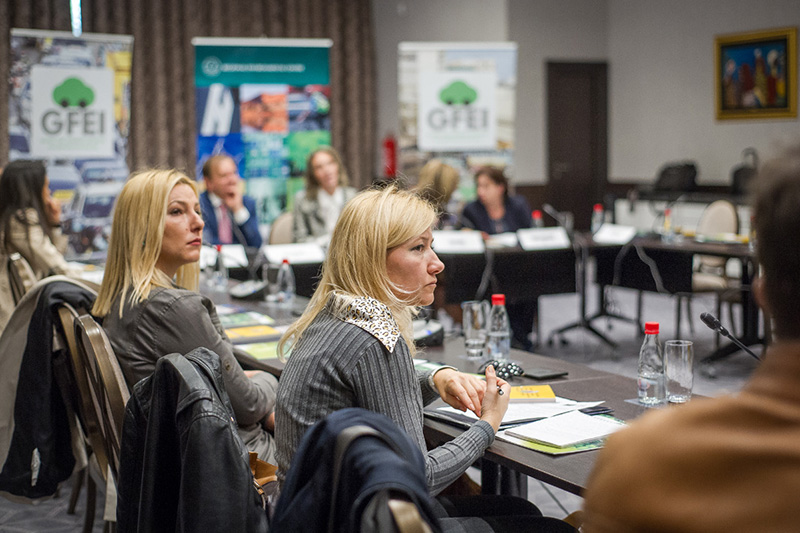 Participants at the conference.
Watch the GFEI project TV interview.

GFEI held a conference to conclude the country support it has provided to Montenegro on 30th October 2017 in Podgorica. The conference was organized and held by the Montenegro country office of the Regional Center for Central and Eastern Europe (REC).

The conference commenced with an opening speech by Ms. Srna Sudar, Director of REC Montenegro, who emphasised how the project had been successful in creating an enabling environment that will lead to a new national fuel economy policy in Montenegro. It was an honour that Mr. Srdjan Mugosa, Director of Directorate for Climate Change from the Ministry of Sustainable Development and Tourism, gave the opening and closing remarks. Mr. Mugosa stressed the importance of combating climate change highlighting the current role of the Paris Agreement that Montenegro has recently officially ratified, pledging to reduce greenhouse gas emissions as part of the fight against the negative climate change impact.

The most significant concrete results of the project presented at the conference are:

National expert, Ms. Sanja Popovac, presented a short retrospective of almost ten years of work and key results of implementation of projects in the field of cleaner fuels and vehicles implemented by REC Montenegro in a strategic partnership with UN Environment. Ms. Popovac also presented the database of newly registered passenger vehicles (new and used vehicles) in Montenegro for 2008, 2010, 2012 and 2014 created within the project in accordance with the GFEI methodology of work.

The database contains the data on fuel economy and CO2 emissions of each individual vehicle. Subsequently, the analysis of the database related to the overview of characteristics of the analysed vehicle fleet of newly registered vehicles was presented and the analysis included, among others, the data on number of vehicles, age structure, fuel economy and CO2 emissions. It is important to point out that two tools were used for the analysis of vehicle data, the FEPIT tool, created by IEA - International Energy Agency, and the Feebate created by ICCT - International Council for Cleaner Transport. A bilingual (Eng-Mne) Brochure on Clean More Efficient Vehicles was presented as well.

The national expert, Ms. Olivera Kujundzic, presented the final draft of the Fuel Economy Policy in Montenegro document. The Policy is the result of a two-year work of the project work group with expert support from renowned international experts from Croatia and Slovenia, as well as national experts. The Policy document contains an overview of the vehicle fleet and key results of the FEPIT and Feebate projections; an overview of fuel economy significance, objectives and instruments; an overview of a policy and legislative framework of the EU in the field of fuel economy; a review of the current situation in Montenegro in relation to the EU framework; as well as recommendations for integration of the fuel economy policy into strategic and legislative framework of Montenegro and the Action Plan.

Fuel economy targets in Montenegro have not yet been determined. Both FEPiT and Feebate tools show that, according to the current scenario (if nothing is done), Montenegro will not meet the global fuel economy target. In fact, analysis shows that Montenegro, according to the current scenario, will remain at about 4.87 lge/100km. Therefore, additional measures are needed and the Policy document recommends the introduction of a one-time CO2 tax for passenger vehicles (new and used) that registered in Montenegro for the first time.

National expert, Mr. Luka Misovic, presented the Cost-Benefit Analysis of the recommended measure for introduction of a one-time CO2 tax for passenger vehicles that are registered for the first time in Montenegro. The CO2 tax for the first registration represents established practice in countries all over Europe and the world. For the purposes of cost-benefit analysis, examples of two European countries from our region, Croatia and Slovenia, were used in order to define a model applicable to Montenegro. The model is compliant with the standard and payment power in Montenegro. The introduction of CO2 tax is designed according to the principle of sustainability to the standard of living in Montenegro. As CO2 emission was a key and critical component in the development of this analysis, it is important to emphasize: That the individual tax was made according to a sustainable model of the living standard of the citizens of Montenegro (GDP per capita); That the correction coefficient was made on the basis of the CO2 emission index of each individual vehicle and the average fuel consumption and:

Financial support for implementation of national project activities was provided by the United Nations Environment Programme (UNEP) from the funds of the Global Environment Fund (GEF). In Montenegro, the project was implemented by the Regional Centre for Central and Eastern Europe (REC), Country Office Montenegro (REC Montenegro) which is the strategic partner of the UNEP in the related project field and in cooperation with relevant ministries – Ministry of Sustainable Development and Tourism, Ministry of Economy, Ministry of Transport and Maritime Affairs and Ministry of Interior.