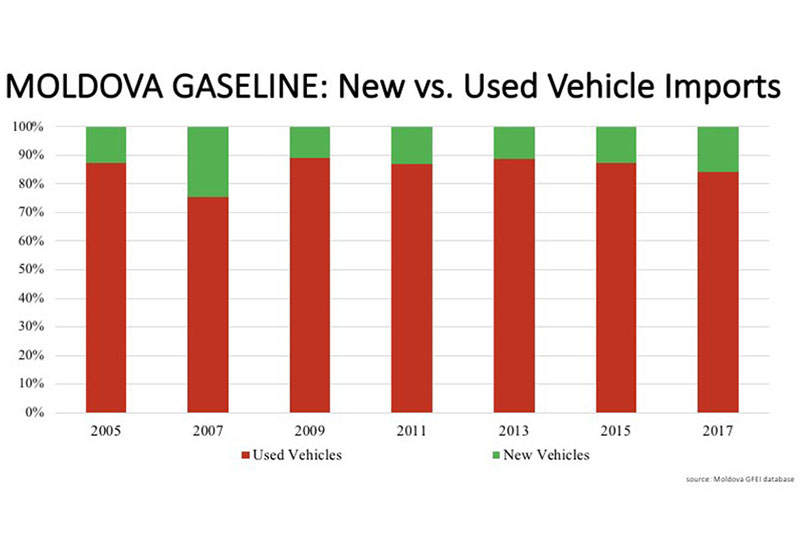 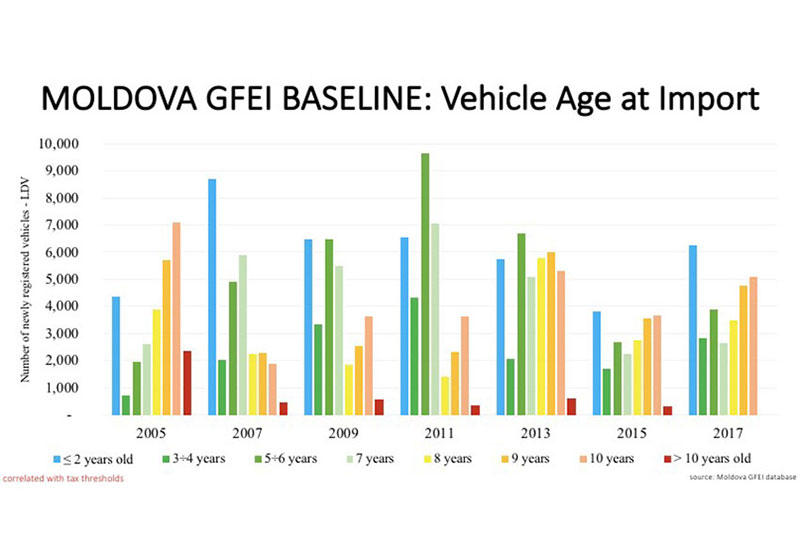 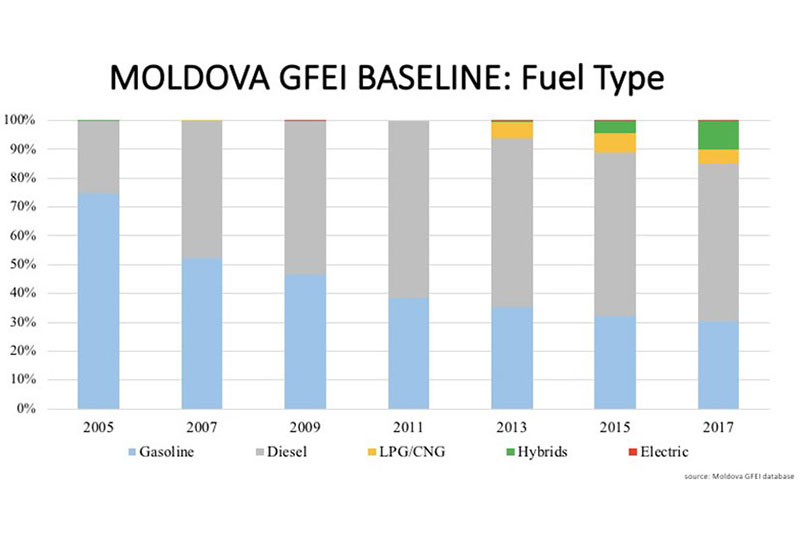 With support from the Global Fuel Economy Initiative and UN Environment, Moldova has systematically gathered data on over 200,000 imported cars to create the first-ever picture of the country’s light duty vehicle energy efficiency trajectory and to develop scenarios for future policy and fiscal incentives.

Member of Parliament Mr. Vladimir Cernat spoke at the GFEI launch event on 10th July 2018 in Chisinau. He highlighted the importance of the study as Moldova prepares to strengthen its incentives for electric vehicles with an additional exemption from circulation/road tax for EVs from 2018. Electric vehicles (including motorcycles) are already exempt from registration tax since 2017, with taxation for hybrids at 50% to that of conventional vehicles.

The Carbon Finance Unit, together with the Ministry of Agriculture, Regional Development and Environment of the Republic of Moldova, have published the first results of an in-depth study of the country’s vehicle imports spanning 2005 – 2017. The baseline study shows that Moldova imports vehicles from Germany, Poland, Czech Republic, Romania and Russia. There is currently a registration tax differentiation between new and used cars, but there is no circulation tax differentiation.