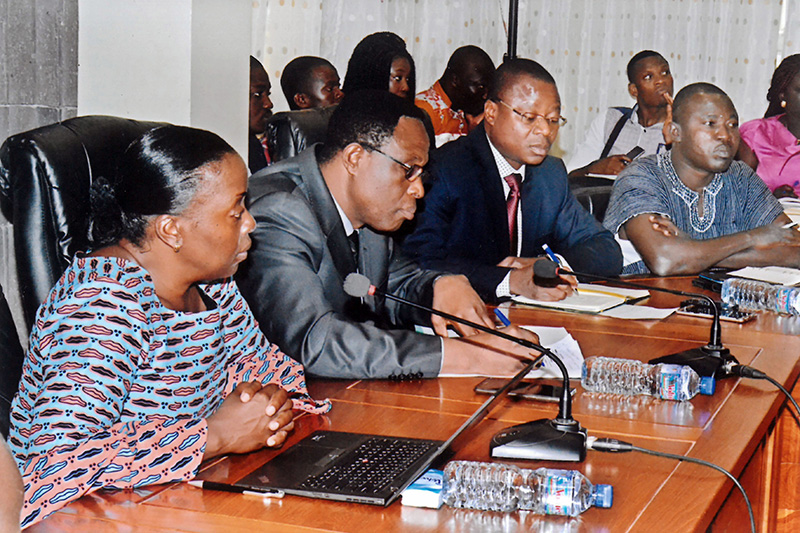 The workshop was held in Lome.

On 28 June 2018, Togo hosted a national workshop with around 60 participants to discuss the results of the country’s vehicle fuel economy inventory study.

In their opening remarks, representatives of the Ministers of Environment, Health and Transport all spoke about the need for cleaner mobility and welcomed the study that presented a clear picture on the kind of vehicles that are imported into Togo.

The baseline study shows that Togo’s vehicle growth stood at 6% per year, with new vehicles accounting for only 3% of the imported vehicle fleet in the 2005-2016 period of study. The average fuel economy for the light duty vehicles imported into the country showed some slight improvements from 8.8 litres/100 km in 2005 to 8.2 litres/100 km in 2016 but was well above the global average. By contrast, the global average fuel economy in Mauritius is already at 5.9 litres/100 km.

The study proposed short term interventions (2018- 2022) such as eco driving, vehicle labelling, review of taxation policy and infrastructure development for public transport and non-motorized transport. promotion of renewable energy sources linked to the introduction of electric mobility was also proposed as a longer-term measure (2023 – 2027). In addition to these, cross cutting actions regarding institutional strengthening to support vehicle fuel economy strategies, gender consideration and the creation of a sustainable mobility day were also proposed.

Togo will now progress to the next steps consisting of drafting more concrete policies, based on a cost and benefit analysis, that the government can consider to attract import of cleaner and more fuel-efficient vehicles.