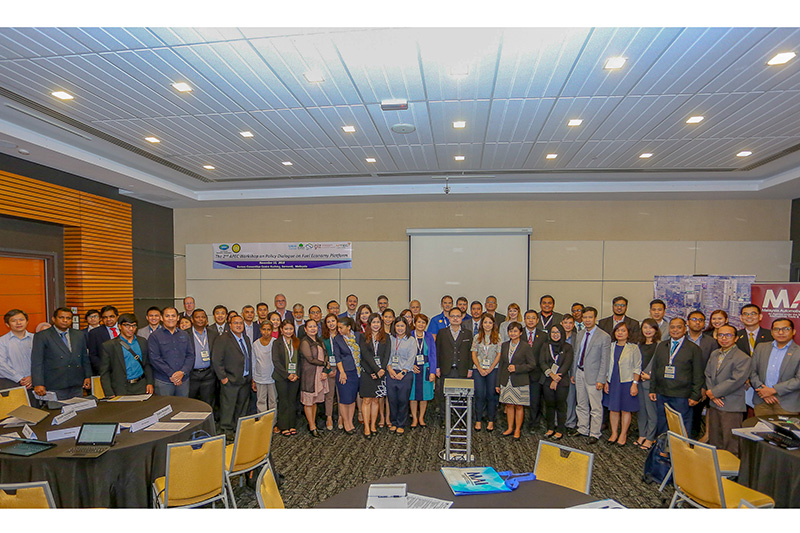 The meeting in Kuching in November 2018 brought together about 60 participants from APEC countries that are working on developing fuel economy policies. The event was sponsored by APEC through MTEC in Thailand, GIZ, GFEI regional partner Clean Air Asia, as well as UN Environment, who help coordinate and cooperate on activities on fuel economy in the region. The official title of the meeting was Regional Policy Dialogue on Fuel Economy in Asia & 2nd APEC Workshop on Policy Dialogue on Fuel Economy Platform.

The event was an opportunity for stakeholders from across the region to gather and share experiences and learning.

Also at the event, Malaysia announced that it would be adopting a new driving cycle to measure fuel economy.