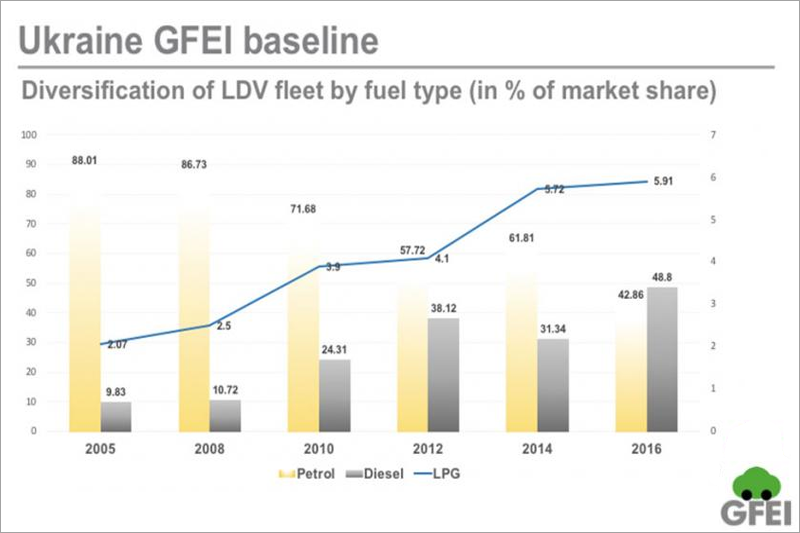 UN Environment, the International Standardization Academy of Ukraine, and the Ministries of Infrastructure and of Internal Affairs jointly undertook a study of the country’s vehicle imports between 2005 and 2016, and published the first findings from their analysis. As estimated from 2015 data, the current national on-road fleet consists of 6.9 million cars with an average vehicle age of 18.8 years.

Ukraine has a string dependence on imported fuels, up to 82.5 per cent of its domestic use in 2017. With a relatively low motorization rate (20 per cent in 2016), Ukraine’s auto fleet still has space to expand as the economy grows.

The International Standardization Academy reviewed around 1.6 million vehicle registrations from 2005 to 2016. The major findings from the data include:

In late 2017, the Ukrainian Parliament adopted a provisional exemption on value-added tax and excise tax for all electric vehicles for 2018, which it is now working to extend through 2019.