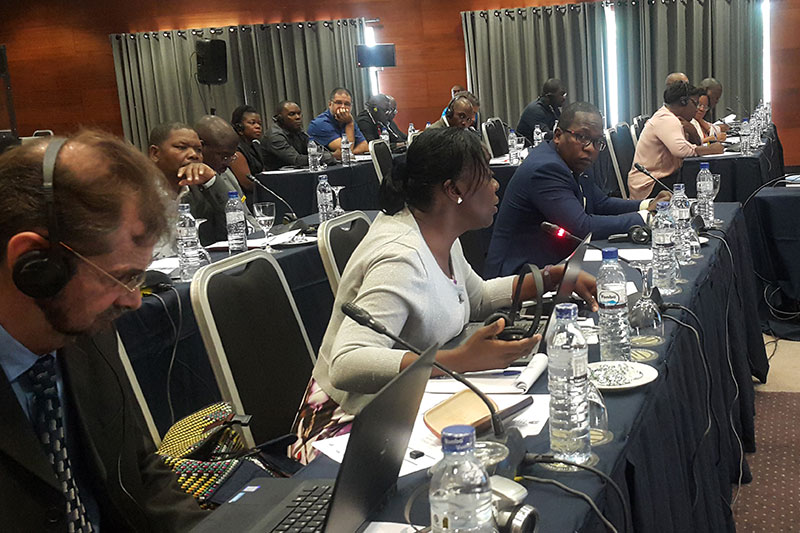 UN Environment’s Jane Akumu, who co-ordinated the event for GFEI.

The Global Fuel Economy Initiative held a successful workshop in Mozambique to discuss fuel economy trends and consider policy options. The national stakeholder workshop, held on 3 and 4 September 2018, included an opening address by the permanent secretary of the Ministry of Mineral Resources and Energy. Mr Alfredo Vasco Nogueira Nampete spoke of the government’s commitment to ensuring a cleaner, fuel efficient vehicle fleet in the country, including potentially incorporating electric mobility as part of new fuel economy policy packages.

The aims of the workshop included reviewing the fuel economy baseline analysis which has been undertaken in Mozambique with the support of the Global Fuel Economy Initiative. The baseline shows that average age of the national vehicle fleet was 13-15 years with 70-80% of the vehicles registered in the capital, Maputo. In recent years, there has been a significant increase in import of motorcycles, which accounted for 11% of the national fleet. In addition, despite a recent decline in vehicle imports because of the country’s financial crisis, the national car fleet grew significantly, highlighting the urgency of taking measures that can guarantee more fuel-efficient vehicles are imported into the country. Participants were informed that in December 2017, the government changed vehicle taxation to a differentiated tax based on engine capacity and age for vehicles less than 7 years.

In his closing remarks, the Ministry's Deputy National Director of Hydrocarbons and Energy, Mr Almirante Dima, mentioned that the government would consider the fuel economy labelling as one of quick wins in developing fuel economy strategies. He noted the importance of a collaborative and inclusive approach to the support fuel economy initiative as several government agencies are involved. In addition, the need for improved data collection as pointed out in the study would be a critical next step for the government. Finally, he reiterated the need for Mozambique to combine fuel economy policies with vehicle emission standards to ensure long term gains to the country.

Speakers at the workshop also noted that Mozambique could be utilized in the transport sector or for electricity generation. The Pande and Temane gas fields are estimated to have about 5 trillion cubic feet of natural gas, with a further 200 trillion cubic feet in the Rovuma Basin. The country already has 2,400 vehicles powered by CNG, including 150 municipal buses. The government is planning to increase the uptake of CNG vehicles including minibuses through a collaboration with South Korea.

Mozambique is one of over 20 countries in Africa that are supported through the Global Fuel Economy Initiative to carry out fuel economy baseline analysis.