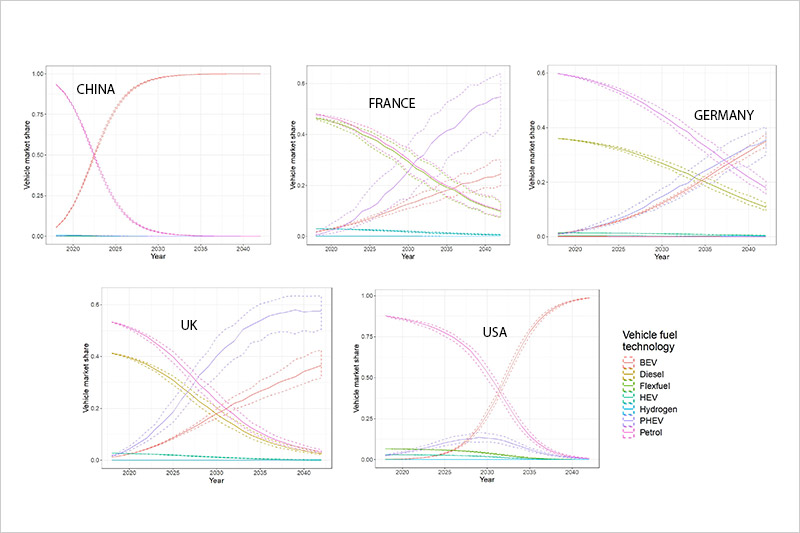 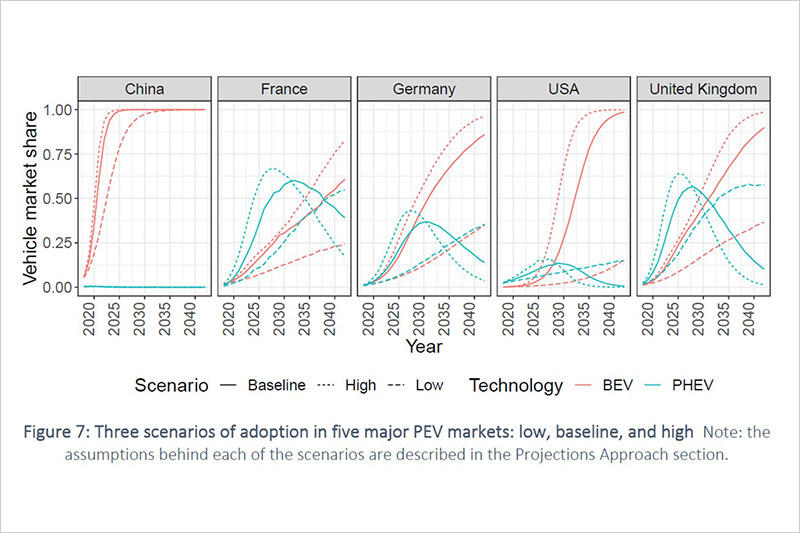 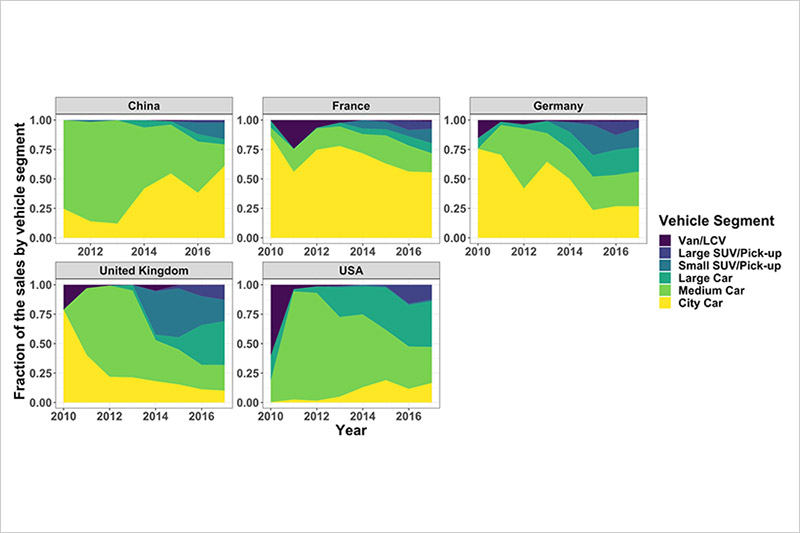 Market share evolution in five major markets of electric vehicle segmentation from 2010 through 2017.

GFEI’s Working Paper 21 explores the trends in electric vehicle sales and examines what insights the trends in sales from 2010 to 2017 give for the future. This is based on a ‘choice model’ for five major vehicle markets worldwide: the United States, China, Germany, France, and the United Kingdom, which is based on sales, given the range of vehicle makes and models available.

The paper finds that assuming ongoing reductions in battery (and thus vehicle) costs, increases in numbers of available PEV models, and an ongoing trend of increasing interest and “positive impression” of the buying public toward EVs into the future, there appears to be a good chance that EV market shares will reach 100 million or more by 2030.

While this analysis gives new insights, it currently doesn’t include supply side (producer behaviour) and focuses entirely on consumer demand. It gives an indication of possible trajectories of sales, which can inform future policy action to accelerate this transition further.