Electric car sales more than doubled in China, continued to increase in Europe and picked up in the United States in 2021. 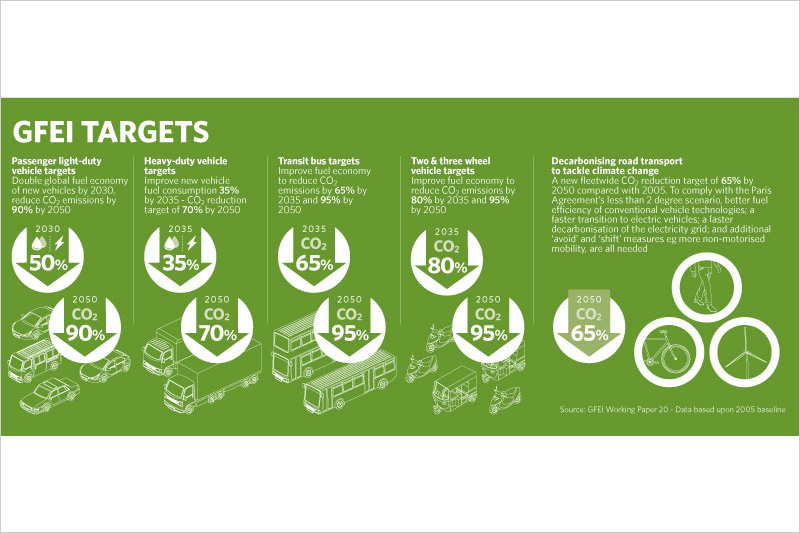 A new report by GFEI partner the International Energy Agency (IEA) shows that sales of light-duty electric vehicles (EVs) doubled globally in 2021 compared with 2020, to reach a record 6.6 million. More are now sold each week than were sold in the whole of 2012, with nearly 10% of global sales being electric. In total, there are 16.5 million light-duty electric vehicles on the world’s roads, triple the amount in 2018. Sales are continuing to rise, with 2 million sold in the first quarter of 2022 alone – up 75% on the same period in 2021.

The Global Electric Vehicle Outlook (GEVO) is the IEA’s flagship publication and tracks key trends and draws together insights to inform global policy. With rising sales, public spending on incentives for EVs also nearly doubled in 2021, although per unit support is generally falling – particularly in China. On average subsidies are now just 10% of the vehicle cost, down from 20% in 2017. There are five times as many EV models on the market as there were in 2015, with around 450 available globally.

China is still by far the largest market. Increases in sales of EVs in China made up half of the total growth in sales, with more EVs sold in China in 2021 than in the whole world in 2020. Sales in Europe continued to grow, with a 65% increase – following on from a significant increase in 2020. Sales in the US also increased in 2021 after two years of decline. A growing number of countries have pledged to phase out EVs or have ambitious targets for electrification of vehicles in the coming decades. However, sales are still low in most developing or emerging economies. In Brazil, India and Indonesia EVs make up just 0.5% of sales. However, they are increasing in several countries, including doubling in India in 2021.

While the main focus on electric vehicles has been on passenger cars (also known as light-duty vehicles), there is also a focus on trucks (heavy duty vehicles) and motorcycles. To achieve the Paris Climate Agreement a systematic decarbonization of road transport is needed, including heavy trucks. The GEVO report shows that electric trucks accounted for just 0.3% of total global sales in 2021 – but needs to increase rapidly by 2030 to get on course to achieving climate targets. So far electric trucks have only been substantially deployed in China (which makes up 90% of new electric bus and truck registrations worldwide), thanks to strong government support - although 170 models are now available outside the country.

GFEI has set a series of targets for reducing average total emissions (including from energy generation), for both 2030/35 and 2050. Electrifying vehicles will play a significant part in achieving this, alongside other measures. In addition to cars, there needs to be a shift to smaller modes of transport, including walking and cycling. Electric motorbikes offer a possible option in many countries. China currently accounts for 95% of all sales of electric two- and three-wheelers, and these are half of all motorcycle sales in the country.

GFEI has identified a series of policy priorities to support the global transition to EVs – these are set out in GFEI’s Zero Pathway, which offers four potential trajectories for countries based on their characteristics, and suggests ten steps they should take. More information about this can be found in the detailed report that GFEI launched at COP26 in Glasgow, which provides practical insights for policymakers across different regions and with a range of country characteristics.