May 9, 2022 by Global Fuel Economy Initiative 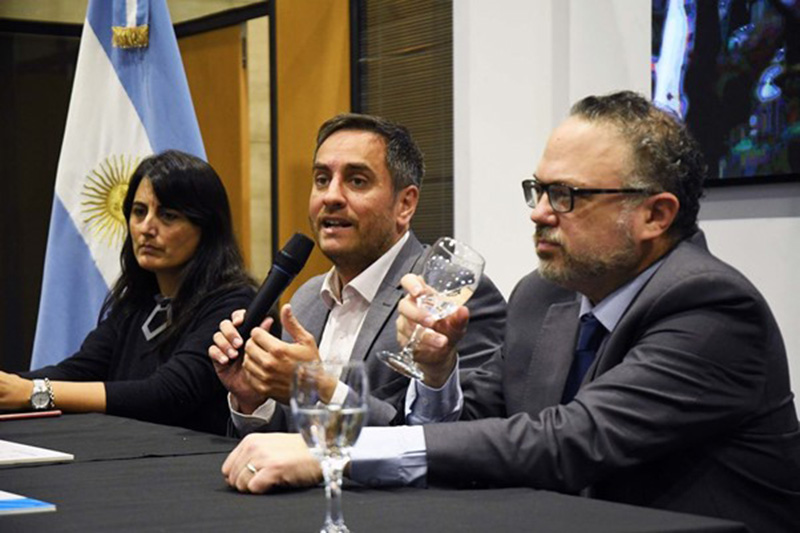 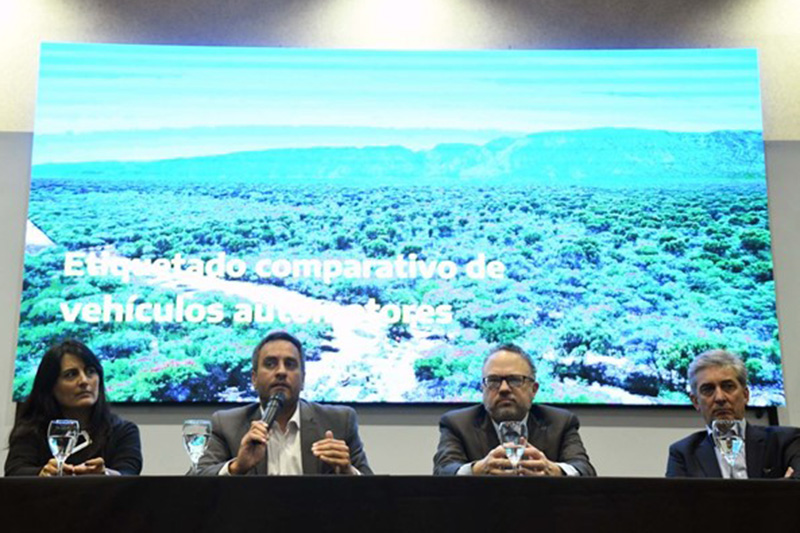 On April 25th a launch event was held in Buenos Aires to highlight the implementation of a new comparative fuel economy labelling scheme in Argentina, as part of wider efforts to reduce emissions from transport. GFEI, through our partner organisation UNEP, has been working with the Argentinian government since 2017 to help develop and implement national fuel economy policies, with funding from FIA Foundation and the European Union.

The new comparative energy efficiency labelling of light vehicles in Argentina was launched in conjunction with the Ministry of Environment and Sustainable Development (MAyDS) and industry representatives (ADEFA and CIDOA), with technical assistance from the Center for Sustainable Mobility (CMS). It was published under a government resolution - Resol. MAyDS No. 383/2021 - in November 2021 and comes into force 180 days later on 15 May 2022. Manufacturers and importers must display this label at points of sale on a poster close to or on the vehicle, with the aim of informing the consumer and influencing the purchase of more efficient and less polluting vehicles.

The launch event was attended by ministers Juan Cabandié (from MAyDS) and Matías Kulfas (from the Ministry of Productive Development). Mr Cabandié stated "Today we come to announce great news within the framework of the consequences of climate change." The Minister went on to say, “these labels will be similar to the labels that we see today for refrigerators…and will show what level of emissions the cars we are about to buy will generate."

The Minister of Productive Development, Matías Kulfas stressed that the new vehicle label represents one of the "steps that allow us to advance in the ecological transition”, and will mean that "carbon emissions are reduced and that it is possible – in the not too distant future – to have a complete transition towards vehicles that are completely electric and whose fuel is based on renewable energies". A new bill for the Promotion of Electromobility is already in Congress and could be debated in committees in the coming weeks.

Rob de Jong, head of mobility for United Nations Environment Program (UNEP) gave a virtual presentation about GFEI, and the support it had provided to this project. Also present at the event were the Undersecretary of Oversight and Recomposition, Jorge Etcharrán, the UNEP regional director for Latin America and the Caribbean, Jacqueline Álvarez; UNEP Program Officer Veronica Ruiz Stannah; the Director of Renewable Energies of the Energy Secretariat of the Ministry of Economy, Gabriela Rijter; the president of the Sustainable Mobility Center of Chile; together with technicians and specialists from chambers and associations linked to the automotive industry.

This label builds on a previous energy efficiency label for light-duty vehicles that was introduced in 2017 through Resolution 797-E / 2017. This came into force in 2019 and was enforced for 50% of all marketed models. A website (http://etiqueta-vehicular.gob.ar/) was developed by UNEP and local partner Centro Mario Molina Chile (CMMCh) together with the government of Argentina to support the vehicle labelling, as well as awareness-raising materials.

The new label was informed by a GFEI fuel efficiency baseline study for light duty vehicles, published in 2018, by analysed all vehicles registered between 2006 and 2017. This showed that average fuel consumption of light duty vehicles in Argentina was 7.9 l / 100 km, which in turn represented an average annual improvement of just 1% between 2006 and 2017.

The label was designed to be simple and similar to the approach taken by other countries to allow easy comparison. It also aimed to be fair to heavier vehicles that transport larger volumes. The overall aim of the efficiency categories is to encourage the acquisition of better technologies by indicating performance relative to other similar vehicles. The ratings for each category are based on CO2 emissions g / km, indicated by the letters A +, A, B, C, D and E, where A + is the most efficient, while E is the least, and has the highest CO2 emissions.

Commenting on this exciting development in Argentina’s efforts to address the climate impact of its vehicle fleets, Sheila Watson, Executive Secretary of GFEI said: “It is great to see that the work of GFEI in supporting countries with the vital technical details of the policies which they are seeking to implement in this field, is still effective and impactful. This is particularly powerful work when it is supported by such an effective partnership of Government, NGO and expert partners. Other countries can learn a lot from this example, and GFEI will continue to work to ensure that they do.”

The GFEI project will continue to support these efforts as well as develop proposals for fuel economy regulations, including cost-benefit estimations, which are critical for negotiations with vehicle manufacturers and importers.