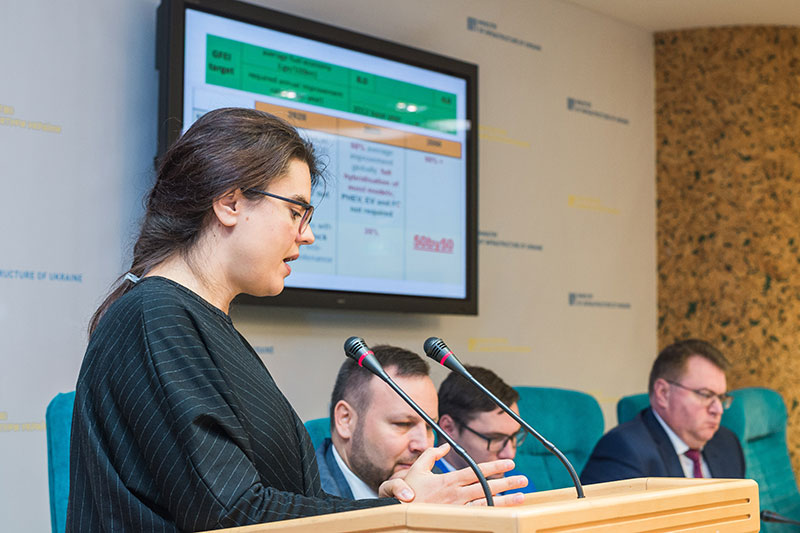 The Global Fuel Economy Initiative project in Ukraine was formally launched at a meeting with the government in October 2017.

The meeting discussed the draft findings of baseline vehicle data from 2005-2016, as well as potential policies to improve fuel economy and promote electric mobility. GFEI partner UN Environment is working with the Ukrainian Ministry of Infrastructure and a local NGO, the International Standardization Academy on the project.

At the meeting, the Ministry announced during the meeting plans for the national EV industry to be backed by a 40% decrease in VAT for electric vehicles (EVs) in the next 5 years, with EVs allowed to use bus lanes and receiving free parking for 15 years. In addition, there will be 0% corporate tax on lithium extraction and battery production - Ukraine has one of the largest lithium deposits in Europe.

State Secretary of the Ministry of Infrastructure Andriy Halushchak said "I hope that starting cooperation with UN Environment we will work together to make the necessary decisions not only on fuel economy, but also in the area of sustainable mobility and energy efficiency of the industry as a whole".

"With the introduction of electric mobility and the principles of a shared economy, we can change the transport paradigm itself," said Olexandr Ozeran, Adviser to the Minister of Infrastructure, "We will be able to solve not only the problem of direct emissions of greenhouse gases from transport, but actually eliminate contamination by harmful particles, noise pollution and have other beneficial effects for the economy and the environment."

François Cuenot - What can GFEI bring you?
François Cuenot - Fuel Economy policies and how to quantify their impacts?
Alexander Ozeran (Ministry of Infrastructure) Electric Mobility: Global Trends and what we do in Ukraine