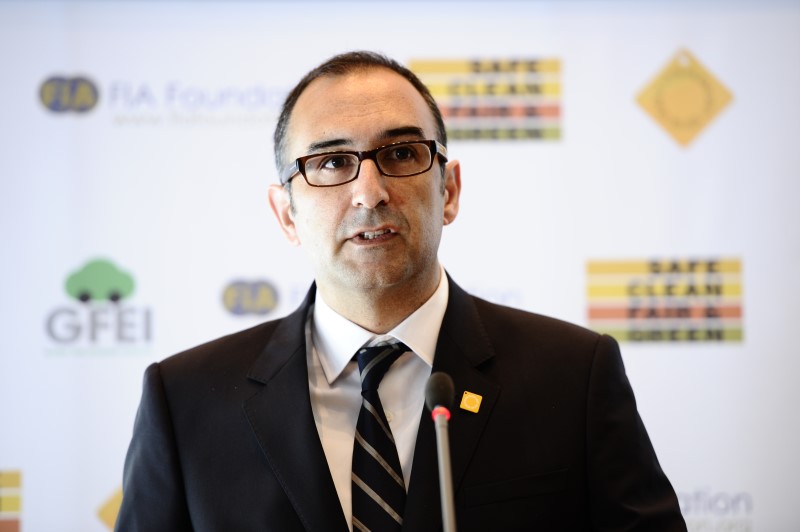 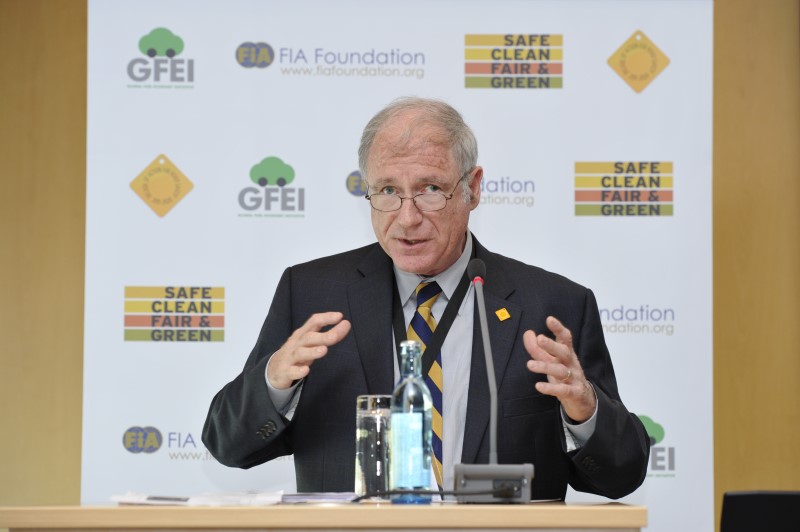 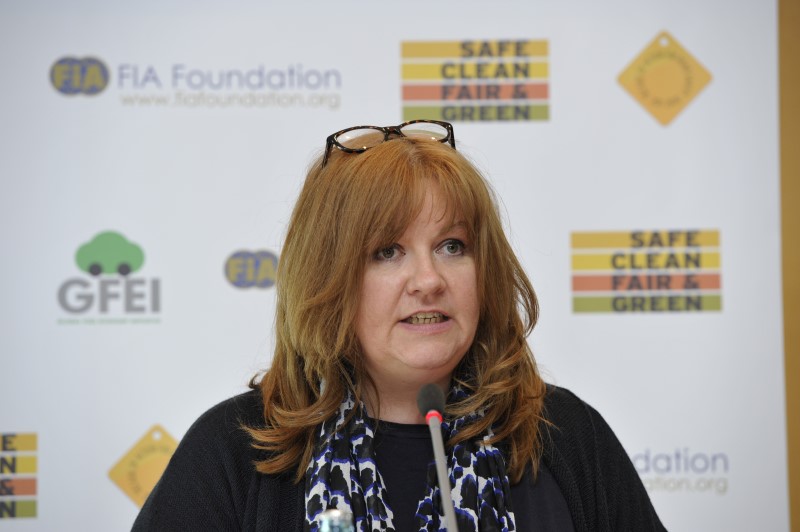 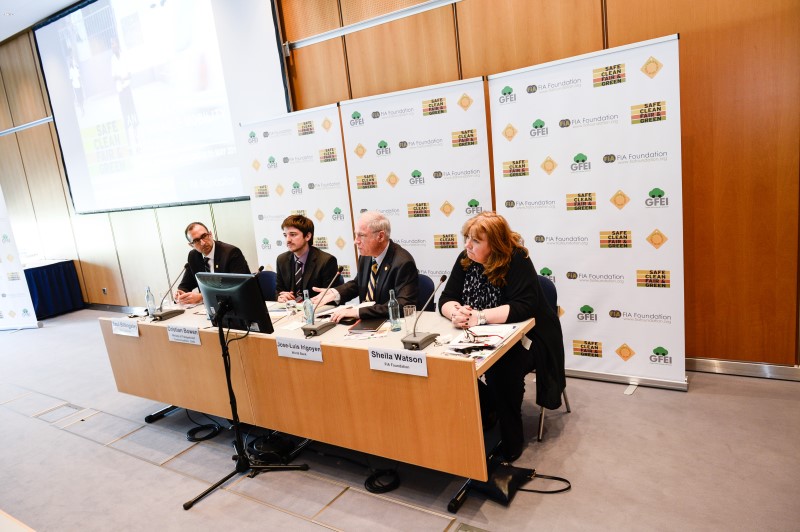 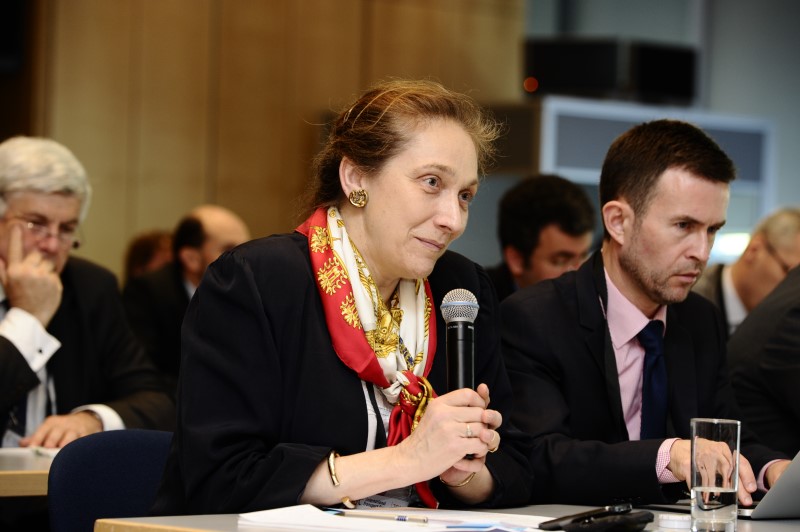 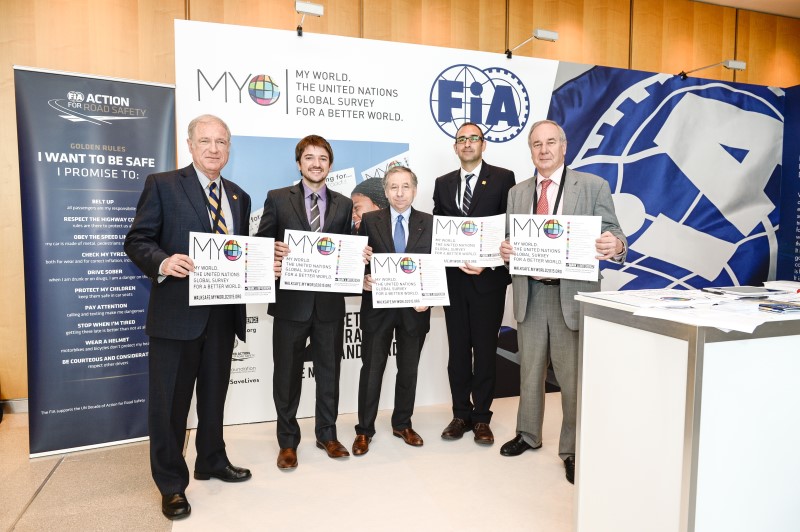 The new global agenda to replace the Millennium Development Goals must include safe and sustainable mobility, the FIA Foundation has told a session at the International Transport Forum (ITF) Annual Summit in Leipzig.

Presenting the ‘Safe, Clean, Fair and Green’ agenda for post-2015 sustainable mobility, the FIA Foundation urged governments to address road safety, air quality and fuel economy in their negotiations over the new development goals which are currently taking place at the United Nations. The session featured the Global Fuel Economy Initiative which is coordinated by the FIA Foundation and is playing a key role in the post-2015 agenda on fuel economy and sustainable energy.

Chilean Transport Minister, Cristian Bowen, and the World Bank’s Director of Transport, Jose-Luis Irigoyen, were guest speakers at the event. Mr Bowen described Chile’s approach to sustainable transport and outlined the new fuel economy labelling system for cars that has been introduced with support from GFEI. Mr Irigoyen outlined the findings of the World Bank’s joint study with the Institute for Health Metrics and Evaluation on ‘Transport for Health’, and the health impact of road traffic injuries and air pollution.

The meeting was chaired by Saul Billingsley, the FIA Foundation’s Director, who outlined the charity’s ‘Safe, Clean, Fair, Green’ approach, and how advocacy for post-2015 targets and increased political and donor support is combined with funding for innovative programmes and implementation partnerships. Sheila Watson, Director of Environment & Research at the FIA Foundation, explained the progress in one such leading partnership, GFEI. She set out the latest development in establishing GFEI as an ‘Energy Efficiency Accelerator Initiative’ for the UN’s 2014 Climate Summit, which will set the agenda for the next Conference of Parties (COP) negotiations, and described how she had recently briefed Ban Ki Moon on the potential of fuel economy measures during the ‘Abu Dhabi Ascent’ conference to prepare the Climate Summit. Isabelle Paillet, Counsellor at the French Ministry of Ecology, spoke to confirm the French Government’s support for developing the fuel economy agenda, which will include the hosting of a high level meeting at the French Foreign Ministry in July.

The ‘Safe Clean Fair and Green’ agenda presented at the ITF Summit, sets out a series of clear, ambitious yet achievable targets to be integrated within the post-2015 Sustainable Development Goals:

This agenda is also part of the framework for post-2015 sustainable transport coordinated by SLoCaT, the Partnership on Sustainable, Low Carbon Transport. The FIA Foundation has contributed to the SLoCAT’s post-2015 Framework which covers targets on Urban Access, Rural Access, Road Safety, Air Pollution and Human Health, and on Climate Change.

Saul Billingsley, Director General of the FIA Foundation, said: “Road traffic injury and poor air quality are placing intolerable health burdens on millions of lives. The environmental impact of rapidly increasing motorisation – with non-OECD countries accounting for most of the growth – is unsustainable, not least in terms of greenhouse gas emissions. All of these issues can be addressed with concerted global action to implement road safety, address fuel quality, encourage walkable urban space, and improve fuel economy. The well-defined targets outlined in our Safe, Clean, Fair and Green agenda must be included in the UN’s post-2015 goals”.

The agenda also focuses on fairness, outlining how safe and sustainable transport cannot be achieved in isolation but must take into account the social, political and economic factors that impact upon road safety, air quality and environmental protection.

In line with this agenda for sustainable mobility, the FIA Foundation together with the FIA is also promoting MY World, the UN’s global survey to capture the priorities of the public around the world for the post-2015 development agenda. The panel guests joined Saul Billingsley and FIA President Jean Todt in a photo-call to show their support for ‘Better Roads & Transport’ in the survey. Many leading delegates visited the FIA’s stand and voted in the MY World survey for better roads and transport as one of their priorities for post-2015 development. In collaboration with the FIA and its member clubs around the world, as well as other NGOs, the FIA Foundation has been promoting a global call to raise sustainable transport higher on the global survey.