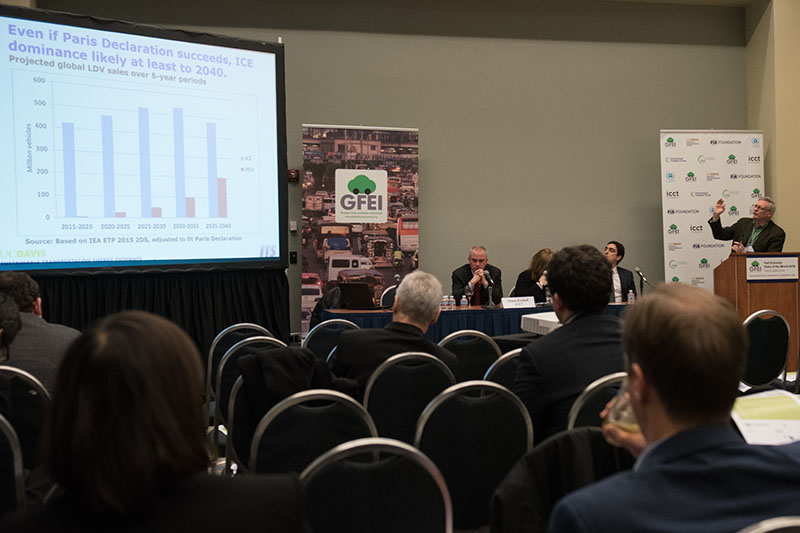 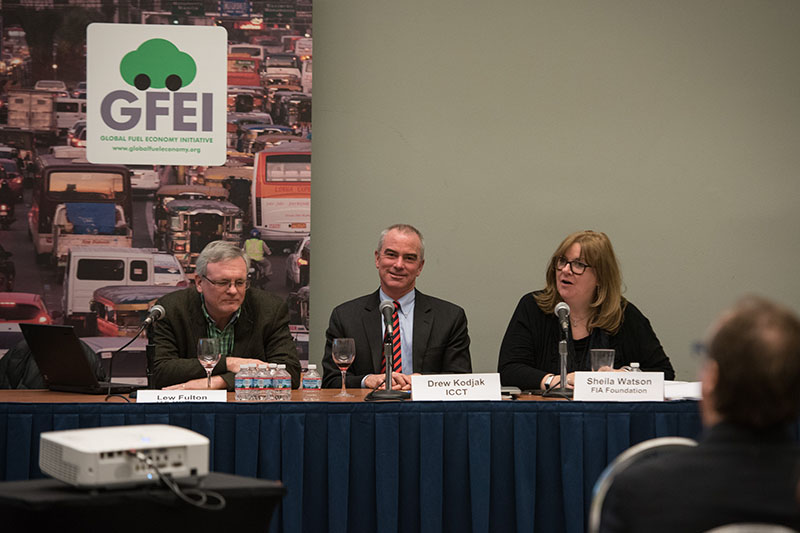 Lew Fulton, Drew Kodjak, Executive Director of ICCT and Sheila Watson, Director of Environment and Research at the FIA Foundation and Executive Secretary of GFEI 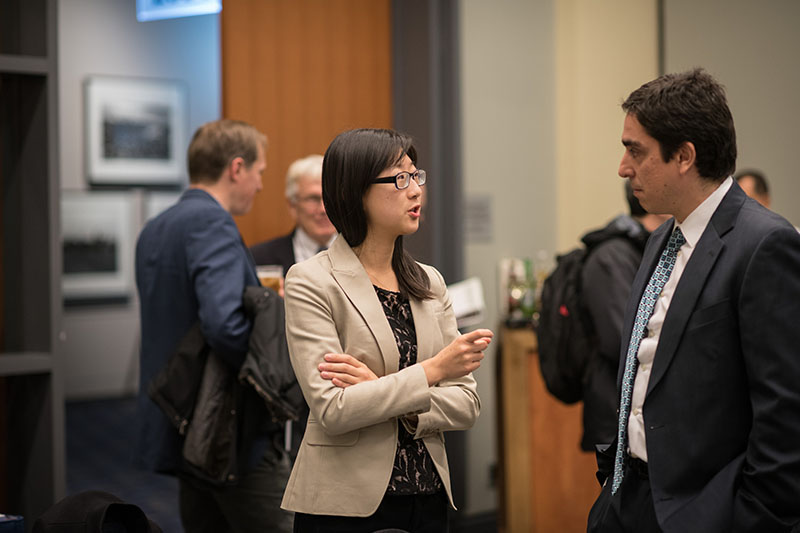 The meeting highlighted exciting new work that GFEI is undertaking to analyse the potential efficiency savings in electric vehicles and heavy duty vehicle fuel economy. It was also the North American launch of GFEI’s new State of the World report, which highlights the latest trends in LDV fuel economy and policy progress globally. The 2016 State of the World report, subtitled ‘Time for global action’ was released at the vital COP21 climate change talks in Paris in December.

Sheila Watson introduced the session and highlighted the important role that GFEI is playing in supporting countries to reduce carbon emissions from vehicles. As a result of additional funding from the European Commission and FIA Foundation, GFEI will be working with 40 new countries this year, as well as continuing to engage in key global policy fora.

Drew Kojak, Executive Director of ICCT, highlighted the latest global progress on vehicle fuel economy standards, and future targets. Although current policies will reduce the expected increase in vehicle emissions, progress is not sufficient to achieve GFEI’s target of improving the fuel economy of new vehicles by 50% by 2030, compared with 2005 levels. Achieving this target would stabilise global CO2 emissions from vehicles. However, he also highlighted the growing issues around compliance and the growing gap between tested emissions and real world performance.

Oscar Delgado, Senior Researcher at ICCT introduced new work looking at the potential fuel economy targets for Heavy Duty Vehicles (HDVs) – which are responsible for 8% of total carbon emissions, and are forecast to increase by 72% between 2010 and 2030. He summarised the regulatory approaches in major markets and analysis ICCT is undertaking to model the potential efficiency gains from different technologies in order to inform an ambitious but achievable GFEI target for Heavy Duty Vehicles.

Lew Fulton shared the analysis he has carried out at the UC Davis Sustainable Transportation Energy Pathways (STEPS) Centre looking at the potential global energy savings from new vehicle technologies, particularly electric vehicles (EVs). This is particularly important given the ‘Paris Declaration’ that targets 100 million electric vehicles by 2030. This analysis shows that even if these ambitious goals are met, internal combustion engine (ICE) vehicles will still be the major vehicle type over this period, which means that continued fuel economy improvements in these engines will be vital.